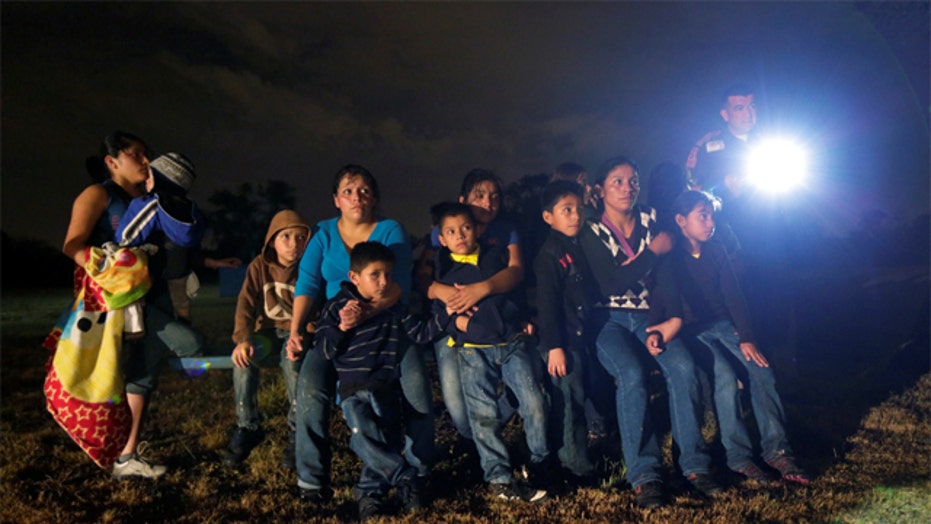 Could the $3.7B border crisis have been avoided?

Critics believe if Pres. Obama had acted sooner on illegal immigration, money could have been spent actually securing the border and the children influx may have been avoided

The vice president of the National Border Patrol Council told Fox News’ Greta Van Susteren Tuesday that President Obama’s request of billions of funds to deal with the illegal immigration crisis “does nothing to secure the border.”

Obama on Tuesday sent a massive $3.7 billion request to Congress seeking funds for everything from transportation costs to border enforcement to surveillance to health services.

Shawn Moran said on “On the Record with Greta Van Susteren” he believes the extra funds, if approved, would do nothing to help the situation.

“It seems like a lot of that money is slated towards the back end of this process and I’m going to hearken back to the 80s - where’s the beef?” he said. “Where is the money for border security? This does nothing to secure the border. It just streamlines the end of the process and does nothing to stop this flow of illegal aliens that are coming across in the Rio Grande Valley.”

Moran said what the Border Patrol needs immediately is increased manpower to handle the wave of immigrants, including thousands of unaccompanied children.

“We are sending agents from other sectors down to the Rio Grande Valley sector to assist, but the sheer numbers that are coming across, and the amount of work that it is taking to process, we are outnumbered and we’re unable to secure the border in that sector,” he said.