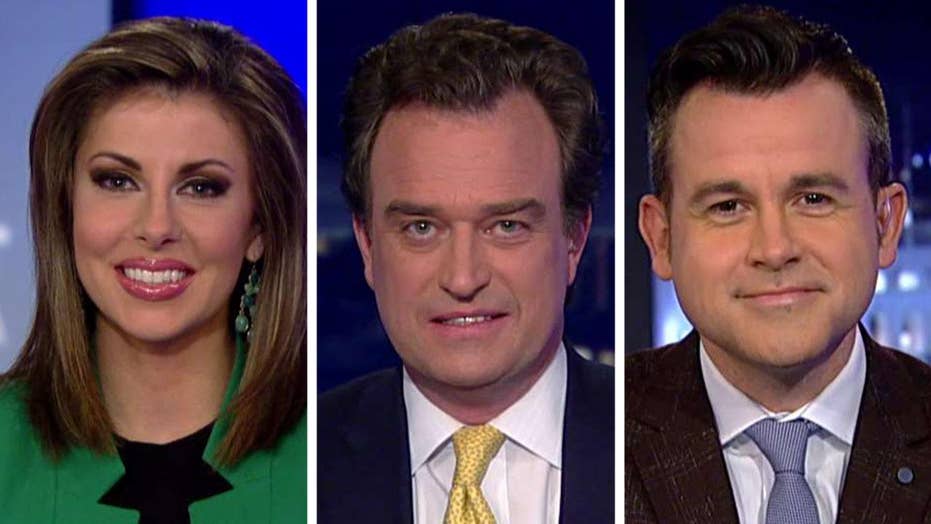 President Trump may not be getting all the money he wanted for the border wall, but the deal being struck on Capitol Hill hasn't entirely been a bust, Washington Times opinion editor Charles Hurt argued Wednesday.

As the federal government faces yet another shutdown Friday, all signs indicate that Trump will sign any proposal to avoid a repeat of the record 35-day partial shutdown that began Dec. 22 -- despite the allotted amount for the wall being just $1.375 billion versus the $5.7 billion he previously demanded.

Hurt began by pointing out that the wall is widely unpopular among both Democrats and Republicans, so whatever amount President Trump does receive for it is a “positive thing.”

“Just a week ago, Democrats were talking about actually reducing of detention facilities, the number of beds for holding people who illegally cross the border. That is, in essence, abolishing ICE,” Hurt told the panel. “Adding facilities, adding space -- that’s a huge victory for the president.”

The Washington Times opinion editor added that if Trump manages -- as U.S. Sen. Ted Cruz of Texas suggested -- to use newly convicted Mexican drug lord El Chapo's $14 billion for the wall, “even better” and that the agreement is a “reasonable starting point.”

Ortagus pointed to the improvement in favorability for the wall to Trump’s characterization of Democrats being for “open borders.” She also acknowledged how House Speaker Nancy Pelosi, D-Calif, previously said that President Trump wouldn’t get a dollar for the wall, which won’t be the case if the president signs the agreement into law and there’s “enough wins” for Trump to hold onto.

Meanwhile, Catanese wondered if Trump’s “x factor” is using executive order and declaring a national emergency in order for him to get the remaining funding for the wall elsewhere.