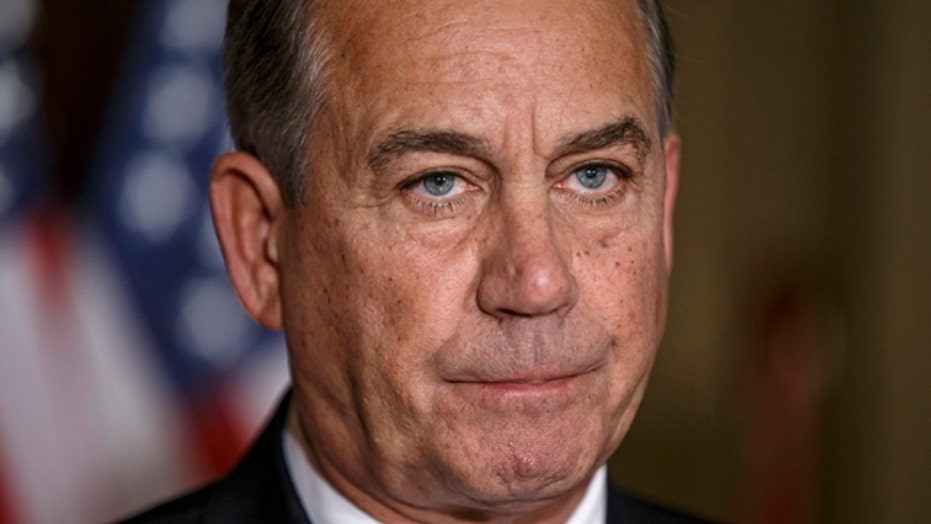 Boehner: Obama’s action is 'damaging the presidency itself'

Reaction to exec action on immigration

House Speaker John Boehner said Friday President Obama is “damaging the presidency itself” with his unilateral action on immigration and vowed that lawmakers would not stand by and let it happen.

“The president has taken actions that he himself has said are those of a king or an emperor, not an American president,” Boehner said at a Friday morning news conference. “And he's doing this at a time when Americans want nothing more than both parties to focus on solving the biggest problems in our country, starting with our still struggling economy.”

Despite the tough talk, the Ohio Republican offered no hint of what steps the GOP-controlled House would take to block Obama’s move to offer deportation relied and work permits to 5 million immigrants in the country illegally.

Boehner disputed criticism that Obama had to act because House Republicans failed to deliver an immigration reform bill. He added that it was Obama’s fault for not creating an atmosphere of trust between lawmakers.

“President Obama has turned a deaf ear to the people that he was elected, that we were elected to serve,” Boehner said. “But we will not do that.”

Obama is slated to sign the executive order overhauling the nation’s immigration system Friday afternoon at a high school in Las Vegas. It is the same school where Obama first laid out the blueprint for his plan.