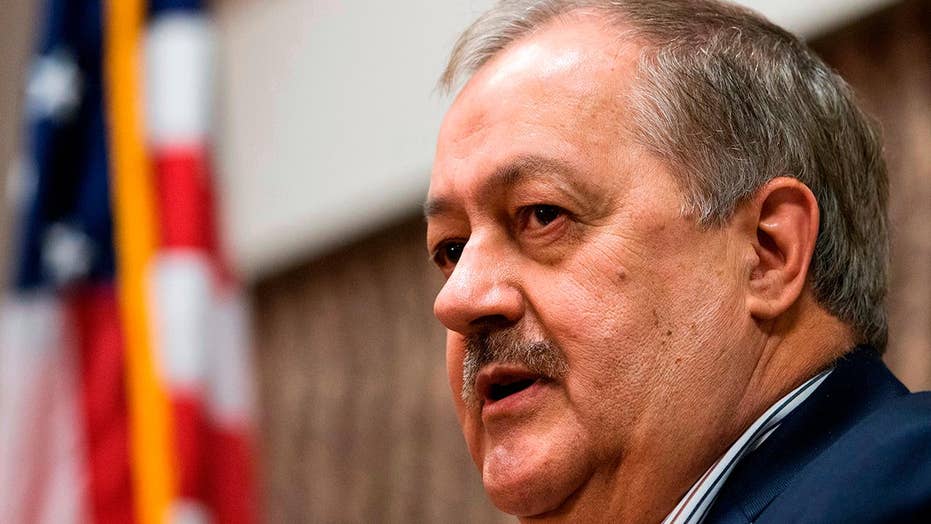 West Virginia coal baron Don Blankenship on Monday announced a third-party Senate bid, vowing to keep fighting despite losing in the recent GOP primary -- and posing another obstacle in Republicans’ bid to take the Democrat-held seat.

Blankenship will now attempt to run in the general election as the Constitution Party nominee, for the seat held by Democrat Joe Manchin.

The 68-year-old Blankenship will likely face a court challenge over the state’s “sore loser” law that prevents a failed major-party candidate from making a third-party, general election bid. Plus he would need the requisite number of voter signatures by August to even qualify for the ballot.

Republicans have a narrow, 51-49 Senate majority and consider Manchin among the most vulnerable Democrats in 2018. President Trump, who opposed Blankenship’s bid in the closing weeks, won West Virginia in 2016 with nearly 69 percent of the vote over Democrat Hillary Clinton. Manchin is now the only state-wide elected Democrat in West Virginia.

“This time we won’t get surprised by the lying establishment,” Blankenship said Monday. “We were assured by White House political staff that they would not interfere in the primary election. Obviously, that turned out not to be true. Now that we know that the establishment will lie and resort to anything else necessary to defeat me, we are better prepared than before.”

Blankenship and an ex-campaign adviser had suggested -- even before the candidate lost the May 8 primary -- that Blankenship wouldn’t go quietly.

The former coal mining CEO, who spent a year in jail in connection with the fatal 2010 Upper Big Branch Mine disaster, suggested during the campaign that he wouldn't support Morrisey’s nomination because he couldn’t beat Manchin.

After Blankenship's primary loss, former campaign adviser Greg Thomas said on a local radio show: "I think the one thing he is going to make sure doesn't happen is that Patrick Morrisey does not become a U.S. senator."

Mountain Families PAC, a super PAC aligned with the Republican establishment, spent more than $1.3 million to upend Blankenship’s bid. Blankenship spent more than $2.8 million on a campaign that included attacks on Senate Majority Leader Mitch McConnell, the chamber’s top Republican, according to OpenSecrets.org.

The Constitution Party praised Blankenship in a statement Monday.