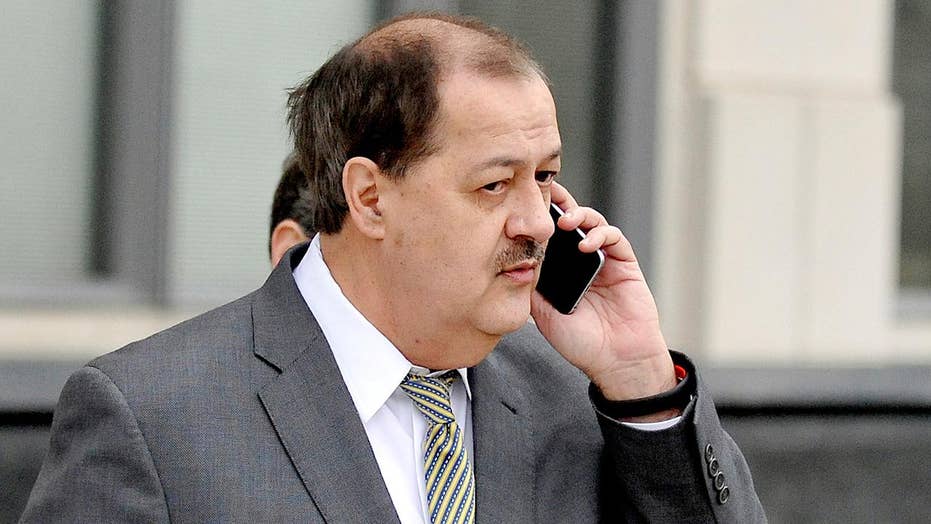 LANSING, W.Va. – On a sidewalk in Oak Hill on Monday, a curious woman had a question for the coal baron running for Senate.

“Are you Don Blankenship?” she asked.

“Yes,” he replied, extending his hand.

She refused to shake it.

A man walking with her jumped in to enthusiastically shake Blankenship’s hand, and then the pair disappeared down the street.

Everybody has an opinion about Don Blankenship in West Virginia – and they have for years.

The former coal baron recently served a one-year prison sentence on a conviction for conspiring to violate mine safety laws, following the Upper Big Branch Mine explosion in 2010 that killed 29 people.

But he still has the possibility of becoming the Republican nominee for Senate on Tuesday, even though President Trump urged voters to support Rep. Evan Jenkins, R-W.Va. or Attorney General Patrick Morrisey.

"I hope West Virginia voters will listen to President Trump when they go to the polls tomorrow," Morrisey said in a statement.

“We’re excited that President Trump gave us a shout out this morning,” Jenkins told FOX.

Blankenship was less enthusiastic about the message.

“Well, it surprised me,” Blankenship told Fox News about the President’s tweet.

The anti-establishment candidate doesn’t think President Trump, who beat Hillary Clinton here by 42 points in 2016, is going to hurt his chances though.

“We don’t think that even President Trump can stop it,” Blankenship told Fox News. “I think it could be misunderstood – people love Trump’s policies and his commitment to West Virginia, they don’t necessarily love individuals.”

GOP operatives in D.C. are concerned Blankenship might have a hard time beating Sen. Joe Manchin, D-W.Va. in the fall, for the same reason Judge Roy Moore lost to Sen. Doug Jones, D-Ala., in December – too much baggage.

President Trump has urged voters to vote for either Rep. Evan Jenkins (middle) or Attorney General Patrick Morrisey (right.) Don Blankenship (left) insists he still has a chance to win the Republican primary despite Trump endorsing his opponents.

Blankenship rejects the comparisons to Moore, which were amplified when the president urged voters Monday to “Remember Alabama.”

“I think he’s getting bad information,” Blankenship said. “I mean my accusers are Hillary Clinton and Barack Obama, not young women.”

A centerpiece of the Blankenship pitch to voters has been that his conviction was engineered by Obama allies hostile to coal.

Morrisey, the attorney general, is also now accusing Blankenship of violating election laws, for failing to file a financial disclosure.

“My campaign will be informing his probation officer in Nevada about this issue right away,” Morrisey announced Sunday.

But Blankenship insists he’s not going to be hauled away in handcuffs for violating his probation before primary day.

“They found it laughable,” Blankenship said about a conversation he had with his probation officer. “They said it’s like being late on a credit card payment.”

Jenkins sees the Morrisey move to contact a probation officer as a stunt.

“It’s a clear indication,” Jenkins said, “that his campaign is on life support.”