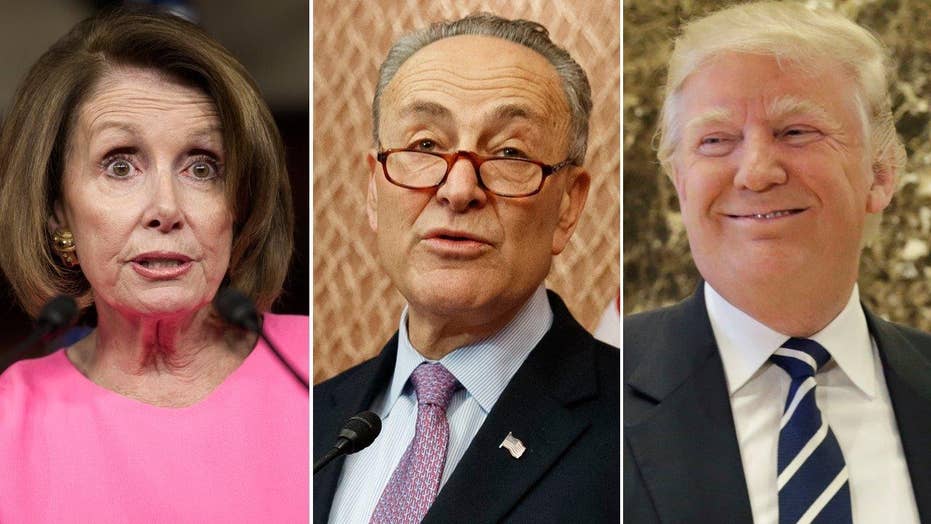 Report: Leaderless Democrats fear they could get steamrolled

With Christmas days away, nearly every member of the Senate Democratic Media Center has been fired, a senior Democratic aide confirmed to Fox News. Schumer swung the axe on Friday, according to Politico, which first obtained “goodbye” emails from staffers, including some with decades' experience.

The move comes amid plans to revamp the unit, which handles video content, in an effort to help the Senate Democratic caucus get their message out in the New Year. The party not only lost the presidential race, it failed to capture the Senate or House and lost state legislative races throughout the country.

Critics, including some within the party, say the party has become dominated by East and West coast elites who can't connect with working class folks in the country's interior.

“As a result, we are bringing in new people with expertise in digital videos and content for Facebook, Twitter, and other social media,” a senior democratic aide told FoxNews.com. “The mission of the revamped SDMC will be to produce more content to make content more creative and catchy, and to do so faster than we’ve been able to in the past.”

The timing could not be worse, given the holidays. But the 115th Congress begins just two days after the New Year, and Schumer apparently wanted to start fresh, and hit the ground running.

“We don’t comment on personnel decisions,” a spokesman from the Democratic Policy and Communications Committee (DPCC), which serves as an advisory board to the Democratic Leadership in which Sen. Schumer will serve, told FoxNews.com in an email.

“Job creation has never been a strength of the Democrats,” a Republican aide told FoxNews.com. “But firing staffers just days before the holidays so they can play catch-up is pretty brutal.”