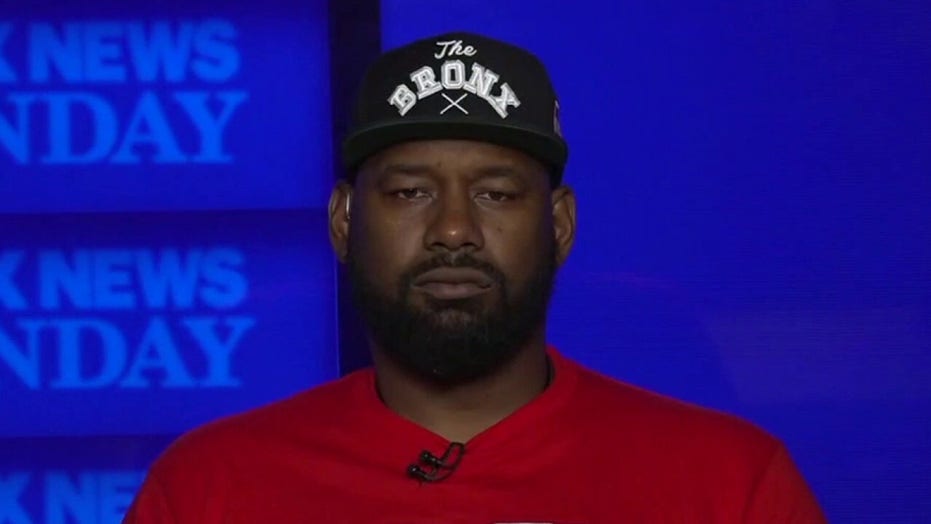 Black Lives Matter activist Hawk Newsome called for defunding police in the U.S., suggesting a different approach to combatting crime and expressing despair over the state of American politics when it comes to the African-American community.

Newsome told "Fox News Sunday" that both parties have failed black people in the U.S. by catering more to corporations than people's problems and not taking the appropriate position on reducing crime.

Newsome said black people also have an issue with "government overstepping its bounds," saying that policing is an example of this. He said that the current view that crime requires additional policing is incorrect and that the country should look at crime as a public health crisis while examining why people commit crimes.

"They're desperate, they're poor, they're undereducated, and they are left out to dry by this American system of government," he said.

Newsome said that rather than increasing police, governments should defund the police and provide resources that give people greater opportunities instead.

"You must invest in people, you must give people jobs, you must make people employable," he said as a way to reduce crime.

Newsome told Fox News' Martha MacCallum on Wednesday that "if this country doesn't give us what we want, then we will burn down this system and replace it." President Trump called this "treason."

When asked about this on Sunday, Newsome insisted that he is not promoting violence.

"I’m not encouraging people to go out and hurt other people," he said. He did say that "people lash out" as a matter of "inevitability" when they feel like they have no other option.

Host Chris Wallace referenced different approaches to seeking progress, citing Malcolm X's "by any means necessary" philosophy versus the Rev. Martin Luther King Jr.'s strategy of working within the system. Newsome said King was "a brilliant strategist" and "media savvy," and accused the current "elders" of the civil rights movement of being "bought off by the Democratic establishment.

Newsome accused both the Obama and Trump administrations of failing black people by bailing out corporations and financial institutions like Wells Fargo that have discriminated in the past.

Newsome also noted how many white people are protesting alongside the black community. Rather than vilifying them and writing them off as radicals, he said people should ask why they are joining the fight.

"They're fighting because the government has failed us," he said.