African-American guns rights activist Maj Toure says conservatives have to do a better job of appealing people in urban communities. His remarks came Thursday during an interview with National Rifle Association board member Willes Lee at the Conservative Political Action Conference (CPAC) near Washington.

As the founder of Black Guns Matter -- a group that educates people in urban communities on their Second Amendment rights through firearms training and education -- Toure said inner-city Americans have been left out of the conversation when it comes to gun rights.

"The conservative room, has honestly, not done enough for urban America," Toure said. "It's just what it is. That doesn't mean that's where we stay. That means we have to create liaisons. When you say 'urban America' I mean a group of people you just named: Asians, Hispanics, blacks, Latin, white. ... We have to do more in that regard and put more boots on the ground. If not, we can – and will – lose."

Toure has proposed arming urban residents and giving them proper training in an effort to curb violence that exists in cities like Chicago despite strict gun laws. He’s touted New Hampshire in the past where a license is no longer needed to carry a concealed weapon.

“More so than just giving young urban people, of all races, firearms, giving them education about Second Amendment rights, giving them more education about conflict resolution and de-escalation tactics ‘cause that’s completely missing in urban areas like the city of Chicago,” Toure told FOX Business in 2017.

After last week's appearance at CPAC, Toure told Politico that he began advocating for gun rights in the inner cities after seeing friends locked up for avoidable gun possession charges. He wants to continue the legacy of Malcolm X, the black nationalist who was assassinated in 1965, who expressed softer views on race following his pilgrimage to the holy Muslim city of Mecca.

"We go where there's high violence, high crime, high gun control — high slave mentalities, to be perfectly honest — and inform urban America about their human right, as stated in the Second Amendment, to defend their life," Toure told the magazine.

"We go where there's high violence, high crime, high gun control — high slave mentalities, to be perfectly honest — and inform urban America about their human right, as stated in the Second Amendment, to defend their life."

The majority of America is conservative, but the way conservatives have vocalized their ideals has resulted in a “language barrier” with urban residents, conservative website Townhall reported. 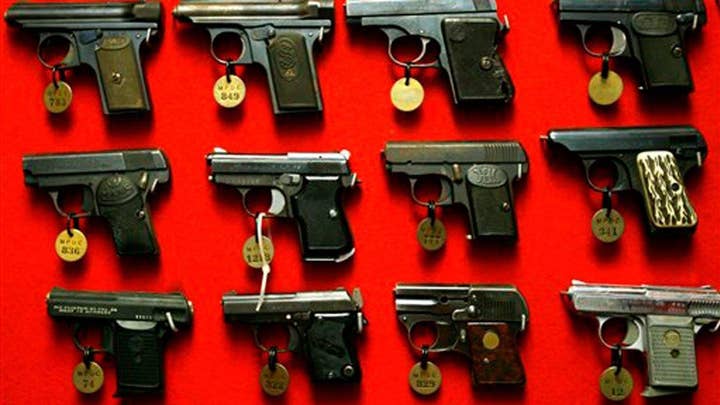 "The conservative movement has failed where we have not created enough and supported enough urban liaisons. The Left has done an amazing job of convincing urban America that the conservative room is a Klan rally. They've done it," Toure said. "[They're] saying these things to say they don't trust you. People, right now, urban America, under a falsehood, does not trust you. What liaisons have you linked with that are already doing the work in urban America to highlight and spread our ideals of freedom?"

“Think about it,” he said. “Border security; we’re working on our own thing; we don’t really bang with too many outsiders.”