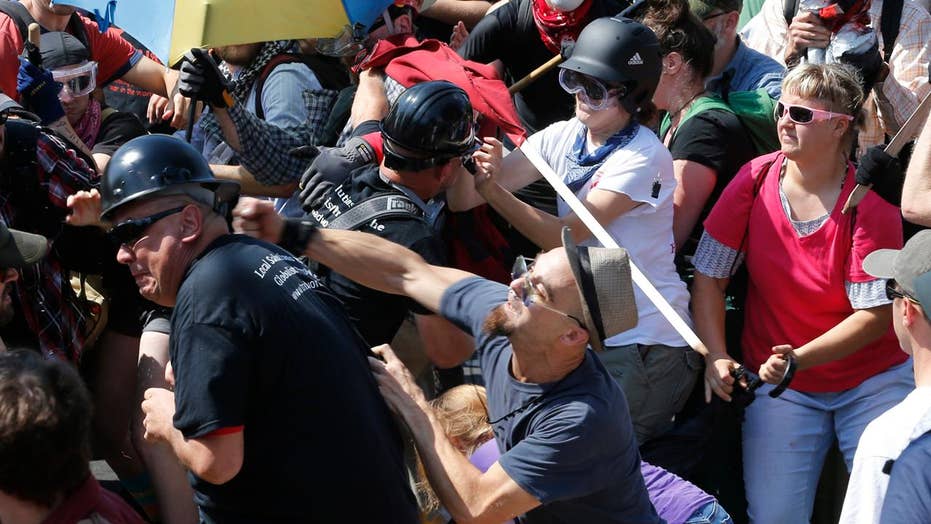 3 killed amid violence in Virginia

Capitol Hill Democrats and Republicans are calling for Congress to hold hearings and work with federal law enforcement in investigating the weekend violence in Virginia, calling Saturday's fatal attack terrorism and demanding more information about the white supremacists involved.

“Yesterday's horrific acts against innocent Americans were clear acts of terrorism,” Rep. Lou Correa said Sunday. “Our country has a homegrown terrorism problem we refuse to address. We must hold hearings and finally address that terrorism inflicted by white supremacy extremists is destroying our country.”

Correa, a California Democrat, is calling on the House Homeland Security Committee to conduct the hearings and investigate “white supremacy domestic terrorism in America.”

South Carolina GOP Sen. Lindsey Graham also suggested Sunday that Congress should assume a more aggressive role in investigating the incidents -- in the aftermath of the “Unite the Right” rallies in Charlottesville, Va., in which three people were killed.

Heather Heyer, 20, of Charlottesville, died when a car allegedly driven by 20-year-old James A. Fields Jr., of Ohio -- a purported white nationalist sympathizer -- plowed Saturday into a crowd of counter-demonstrators. And two state troopers died when their helicopter, which was providing overhead surveillance of the protests, crashed.

Attorney General Jeff Sessions has already announced that the Justice Department is starting a civil rights investigation, which will focus on the fatal vehicle attack.

Graham acknowledged on “Fox News Sunday” that the extremist groups that organized the rally were "hateful" and called the demonstration “a nod to domestic terrorism.”

And he called for the departments of Justice and Homeland Security to “look at the size and scope” of the groups, then report back to Congress “to see if we need to do more in terms of suppressing them.”

The Mississippi lawmaker stopped short of calling for hearings but asked Republicans who control Congress to work with Democrats “to help stop acts of domestic terror.”

The national advocacy group Common Cause on Sunday called for the FBI and the Justice Department to investigate the deadly protests as acts of domestic terrorism.