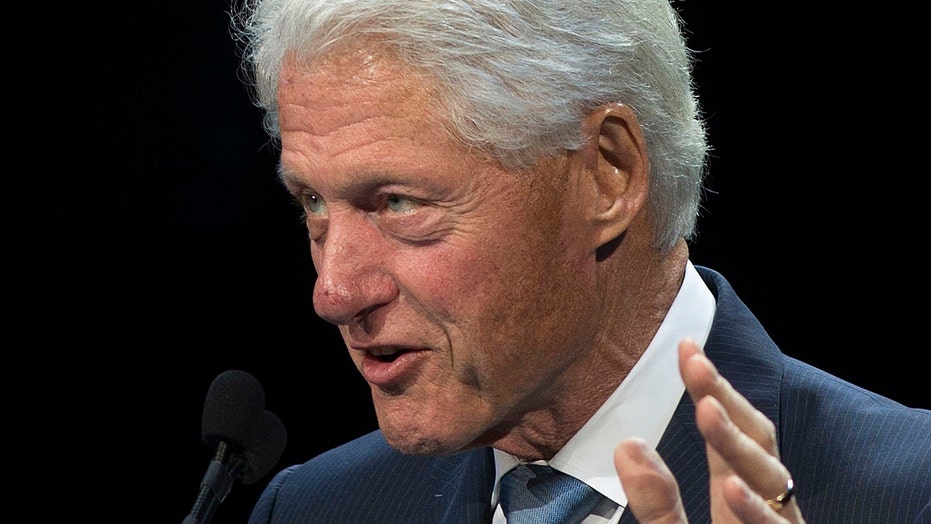 Former President Bill Clinton is blaming Republicans and the media for the controversy related to wife and Democratic presidential candidate Hillary Clinton’s email controversy, saying the GOP has led a “full-scale frontal assault” on her campaign.

Clinton entered the race as the clear party front-runner. But her poll and favorability numbers have dropped since news broke in March that she used a private server and email accounts for official business while serving as secretary of state.

“I have never seen so much expended on so little,” the former president said in an interview aired Sunday on CNN. “The other party doesn’t want to run against her. And if they do, they’d like her as mangled up as possible.”

Clinton maintains that she didn’t break any rules or laws by using the private system, including those on sending and receiving confidential emails. But she has admitted to making a mistake in judgment and has said she is sorry, in an effort to bury the controversy.

She has turned over thousands of official emails that the government is releasing in batches. And federal officials reportedly will be able to recover those she deemed private and deleted, which is prolonging the controversy.

Bill Clinton likened the email controversy to questions over the Whitewater land deal that he faced during his 1992 presidential campaign. Saying the furor was more politics than substance, Clinton argued that his wife has been open in answering questions and will bounce back from a decline in the polls.

“She said she was sorry that her personal email caused all this confusion,” he said. “And she’d like to give the election back to the American people. And I trust the people. I think it will be all right.”

Clinton added that the news media also played an inappropriate role in his wife’s troubles.

“You know, at the beginning of the year, she was the most admired person in public life,” he said. “What happened? The presidential campaign happened. And the nature of the coverage shifted from issue-based to political.”

In addition, the Obama administration on Friday reportedly discovered a chain of emails that his wife failed to turn over when she provided what she said was the full record of her work-related correspondence as the country’s top diplomat

Their existence challenges her claim that she has handed over the entirety of her work emails from the account.

"I think that there are lots of people who wanted there to be a race for different reasons,” Bill Clinton said. “And they thought the only way they could make it a race was a full-scale frontal assault on her. And so this email thing became the biggest story in the world.