WHITE PLAINS, N.Y. – Former President Bill Clinton and daughter Chelsea will leave the board of a health project connected to the Clinton Foundation, should Hillary Clinton win the White House.

Their departure from the Clinton Health Access Initiative was one of several changes outlined by the organization on Wednesday aimed at minimizing potential conflicts of interest in a future Clintonadministration.

Already, the Democratic presidential nominee has faced significant criticism about ties between the charitable foundation started by her husband and her role as secretary of state. Those questions are only likely to intensify should she become president, forcing the Clinton Foundation to begin taking steps to insulate her from future political fallout.

Bill Clinton announced last month that if his wife was elected president, the foundation would no longer accept foreign and corporate donations, he would step down from its board and he no longer would raise money for the organization.

But the Clinton family would maintain some control over its sprawling charitable empire. Chelsea Clinton would remain on the foundation's board and CHAI, the affiliated health project, would continue to accept corporate and foreign money.

In a statement, CHAI said it would no longer use the Clinton name in its branding even though the organization has no plans to change its acronym. Along with Bill Clinton and Chelsea, three other board members appointed by the Clinton Foundation who are also longtime friends and advisers to the Clinton family will step down from the board: Bruce Lindsey, Ira Magaziner and Maggie Williams.

"If Secretary Clinton is elected President, the changes outlined here will be implemented and CHAI would become an organization completely independent of the Clinton Foundation," said the group, in a statement.

Founded in 2002, CHAI has worked to expand access to antiretroviral treatment to millions of people suffering from HIV/AIDS in the developing world, increase pediatric AIDS treatment and accelerate the rollout of new vaccines. 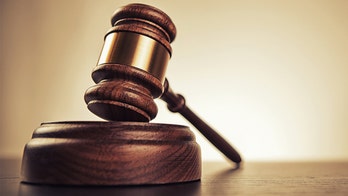