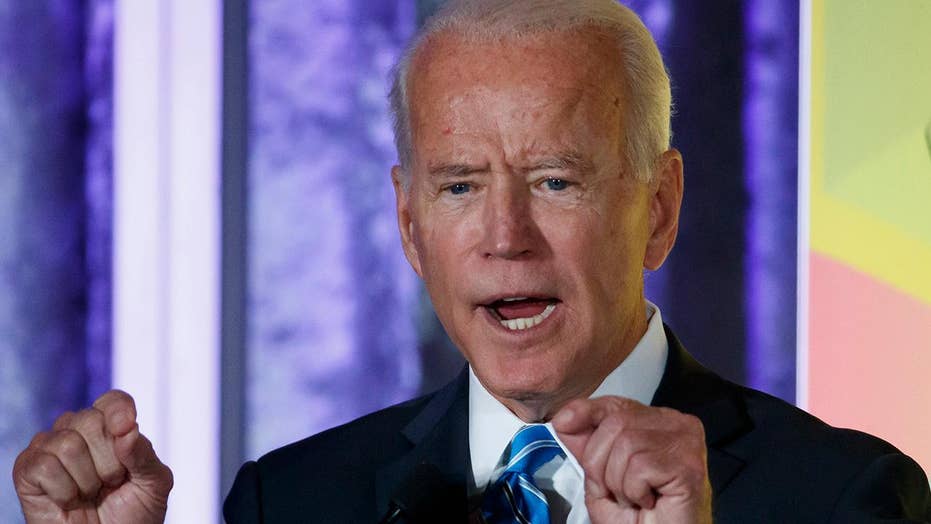 Former DNC Chair Donna Brazile says the key to winning a swing state like Pennsylvania is to focus on the economy and those who have been left behind.

Joe Biden remains the clear front-runner in the latest poll in South Carolina – which holds the first southern primary in the race for the White House. But the former vice president’s lead is taking a hit as top-tier rival Sen. Elizabeth Warren’s support soars in the contest the Biden campaign sees as a firewall.

Biden – who has longstanding ties in the state – stands at 33 percent among South Carolina voters likely to cast a ballot in the state’s February primary, according to a new poll from Monmouth University. That’s down 6 percentage points from Monmouth’s previous survey in the Palmetto State, which was conducted in July.

Warren, the progressive senator from Massachusetts, stands at 16 percent in the survey, a jump of 7 points from July.

Sen. Bernie Sanders of Vermont is in third in the new poll, at 12 percent. The populist independent senator from Vermont who’s making his second straight White House bid stood at 10 percent in the previous survey.

Sen. Kamala Harris of California, who stood at 12 percent in the July survey, saw her support drop in half and now comes in at 6 percent in the new poll.

Environmental and progressive advocate and former hedge fund manager Tom Steyer has the backing of 4 percent of likely South Carolina Democratic primary voters, with South Bend, Ind., Mayor Pete Buttigieg at 3 percent, and Sens. Cory Booker of New Jersey and Amy Klobuchar of Minnesota and tech entrepreneur Andrew Yang each at 2 percent. The remaining nine candidates in the record-setting Democratic presidential field all register at 1 percent or less.

Besides the topline findings, the poll also has warning signs for Biden among South Carolina’s black voters, who make up more than half of the likely Democratic primary electorate. The former vice president’s position as either a first- or second-choice candidate dropped by 10 points among black voters to 52 percent, while Warren’s position as a top-two choice contender jumped 11 points to 26 percent.

“Biden is still in a pretty good position in South Carolina, but there are some signs that he might not have a true firewall among black voters. If he does not do well in the earlier contests in February, there may be potential for current preferences to shift here,” Monmouth University Polling Institute director Patrick Murray said in a statement.

The Monmouth University Poll was conducted Oct. 16-21, with 402 South Carolina voters likely to cast a ballot in the Democratic presidential primary questioned by live telephone operators. The margin of error is plus or minus 4.9 percentage points.