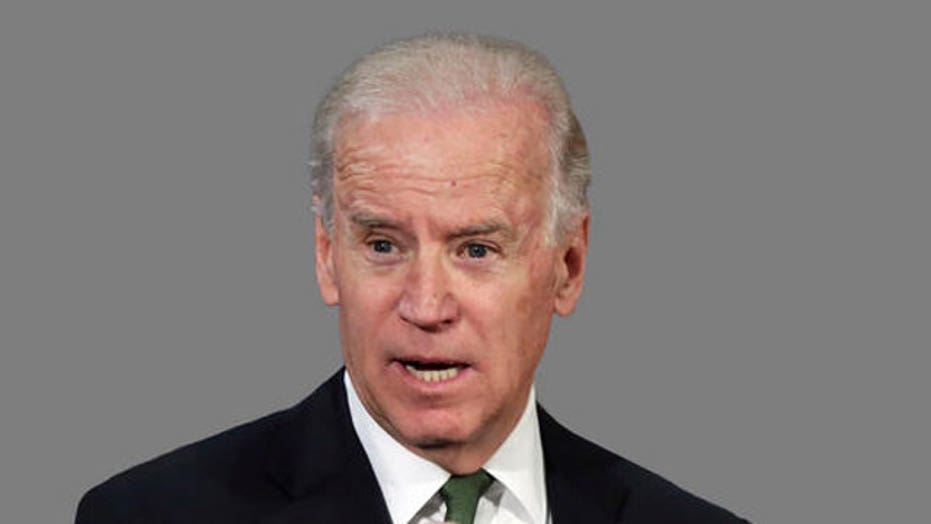 Vice President Biden is under fire for suggesting working women would benefit from ObamaCare by being able to quit their jobs to spend time at home.

"How many of you are single women with children in a dead-end job?" Biden asked, during an appearance on "The View" on Tuesday. "You're there because of your health insurance. You'd rather have the opportunity to spend the next couple years with your child. [Do] you want to stay in that job, even though you can get health insurance absent that job? And it gives women a great deal more freedom."

The VP has been hit as out of touch for the remarks.

"It's like 'Joe, are you living in an altered reality?'"conservative blogger Crystal Wright told Fox News on Wednesday.

"The vice president's spin is essentially 'Your house is burning down, but that's OK, you'll have less house work to do,'" Heather Higgins, president and CEO of Independent Women's Voice, said Thursday.

But not everyone was so critical.

Caitlin Huey-Burns, a political reporter at Real Clear Politics, defended the remarks on Fox News. "I think he was trying to talk about, the way Democrats are talking about, giving more opportunity to perhaps not be in a job if you don't like it, because you're dependent on health care, and enter the workforce in a different way," she said.