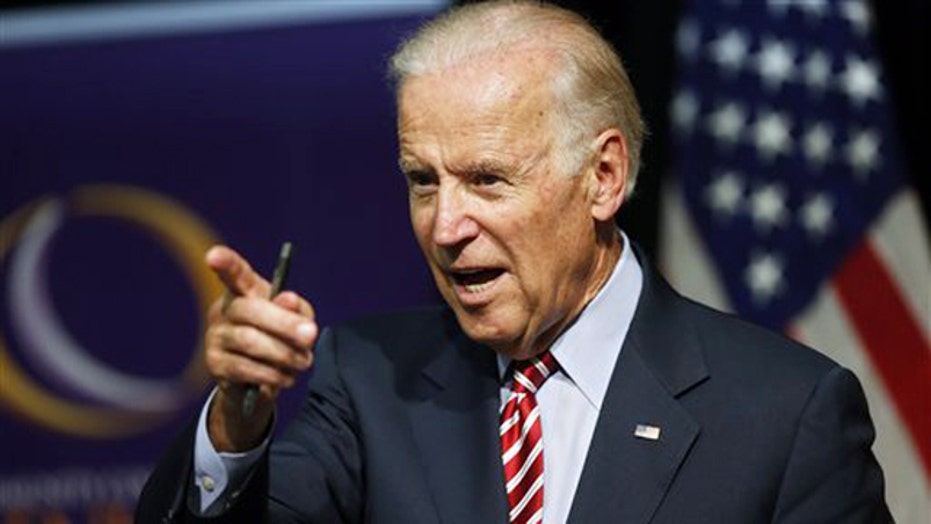 Vice President Joe Biden's associates have resumed discussions about a 2016 presidential run after largely shelving such deliberations while his son was sick and dying earlier this year. But Biden has yet to tell his staff whether he will run or personally ask them to do any planning for a potential campaign, according to several people close to the vice president.

Recent conversations between Biden's associates and Democratic donors and operatives have led to speculation that Biden will challenge front-runner Hillary Rodham Clinton for the party's nomination, and individuals close to Biden have started looking into the options that might be available to him if he were to run, such as potential staff in Iowa and the filing deadlines for entering the Democratic field.

But the people close to the vice president say his launching a White House run remains uncertain. Biden is expected to make a final decision as soon as early September, according to those familiar with his plans.

The people close to Biden spoke to The Associated Press on the condition of anonymity because they were not authorized to discuss the deliberations publicly.

The renewed focus on Biden comes amid some signs of weakness for Clinton, including declines in her favorability ratings among voters in recent polling. Vermont Sen. Bernie Sanders, who is challenging Clinton for the Democratic nomination, has been attracting large crowds with his liberal economic message, evidence of a hunger within the party for an alternative to Clinton's candidacy.

Biden's entry could reshape the dynamics of the Democratic primary, giving the party another option that might appeal to a wide swath of voters. Yet Clinton remains enormously popular among Democrats. She has amassed a large staff of seasoned operatives and raised nearly $50 million for her campaign.

"I've known Joe Biden for many years and I'm very fond of Joe," Sanders said on Sunday in an interview on ABC's "This Week." "But I think the American people...want to go beyond conventional establishment politics."
There are few signs, meanwhile, that Biden is taking solid steps toward launching a campaign. He has had little interaction with a "draft Biden" group pushing him to run, and has yet to look for office space in early voting states or raise money for a potential bid.

"As the Biden family continues to go through this difficult time, the vice president is focused on his family and immersed in his work," Barkoff said.
Biden's son, Beau, died of brain cancer in May. The younger Biden's death prompted an outpouring of support for the vice president, who also lost a daughter and his first wife in a car accident in 1972.

Since Beau Biden's death, his father has surrounded himself with longtime confidants and former aides for comfort and emotional support. But these allies also were involved with Biden's two previous presidential campaigns. Former Delaware Sen. Ted Kaufman, who has advised Biden for most of his political career, and Mike Donilon, a friend and longtime political aide, have both been given offices in the Eisenhower Executive Office Building steps from the vice president's West Wing office.

In recent weeks, a bevy of longtime donors, supporters and former staffers have reached out to the vice president and his staff to offer their condolences, as well as to say they'd be on board if he chooses to run.

The intense speculation around a potential Biden run grew even louder this past week when Fox News reported that Biden chief of staff Steve Ricchetti had met for breakfast with Louis Susman, a prominent Democratic donor and former U.S. ambassador to the United Kingdom. But individuals familiar with the meeting said Susman and Ricchetti are longtime friends and that Susman initiated the meeting.

Biden, who is 72, would be the oldest president ever elected to a first term if he ran for the White House and won. He would bring to the race 36 years of experience in the Senate as well as a breadth of foreign and domestic policy experience from his years as vice president and two previous presidential campaigns. He's been a key negotiator for Obama during fiscal fights on Capitol Hill and also the point person for administration policy in Ukraine and Iraq.

However, Biden's freewheeling, undisciplined style has caused headaches for the White House and has long been a concern for Democrats as he's weighed the prospect of running in 2016.