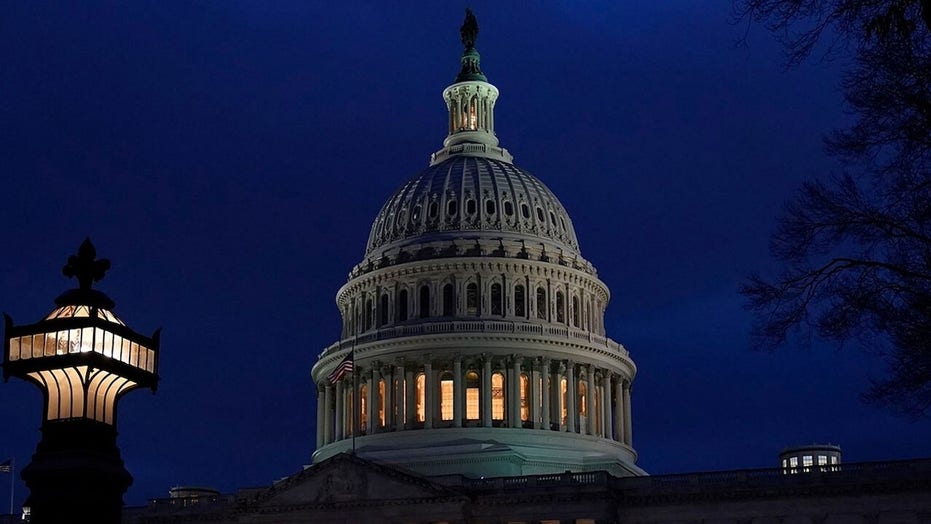 Fox News congressional correspondent Chad Pergram breaks down the 'messy' legislating to come to get the Democrats' bill to the finish line.

President Biden cheered the passage Saturday of his $1.9 trillion coronavirus relief bill in the Senate and said the massive stimulus is the key to ending the suffering caused by the yearlong pandemic.

"Today, I can say we've taken one more giant step forward in delivering on that promise that help is on the way," Biden said in remarks at the White House.

Biden's victory lap was a bit premature since the House still needs to pass the Senate version of the legislation on Tuesday.

Progressives in the House have raised concerns about changes to the bill that eliminate the $15 minimum federal wage, lower weekly unemployment benefits from $400 to $300, and limit income eligibility for stimulus checks.

House Speaker Nancy Pelosi, D-Calif., can only afford to lose four votes and still send the bill to Biden's desk for his first major legislative win.

Biden is confident the House will pass the legislation and downplayed any concern among progressives, noting that Sen. Bernie Sanders, I-Vt., supported the bill.

"They’re not frustrated," he said in response to a question about progressives' concerns. "As Bernie Sanders said, this is the most progressive bill he's ever seen pass since he's been here."

He also brushed off the lack of any GOP support in the Senate or House, and said he hasn't given up on working with Republicans on future legislation.

"I'm going to succeed," Biden said when asked about the tone this legislation sets for the next four years.

President Biden speaks at the White House on Saturday, March 6, 2021.

Biden touted the relief provisions in the bill, including unemployment benefits, food aid, vaccination distribution support and the $1,400 stimulus payments. He told Americans they'd be seeing those checks soon.

"This plan will get checks out the door starting this month to the American people," Biden said.

Biden took a veiled jab at former President Donald Trump, saying that for the last year the American people were told they were on their own.

"When I was elected, I said we were going to get the government out of the business of battling on Twitter and back in the business of delivering for the American people," Biden said.

Biden said Democrats are delivering on the promise to relieve the suffering caused by the pandemic.

"The bottom line is this: This plan puts us on a path to beating the virus," Biden said.

Biden was slated to travel home to Wilmington, Del., this weekend, but instead stayed in Washington to deliver remarks at the White House after the COVID bill passed the Senate.

Biden gave thanks to Sen. Chuck Schumer, D-N.Y., for ushering in the narrow 50-49 passage after a marathon, 27-hour session.

"When the country needed you most, you led Chuck, and you delivered," Biden said.

The president also thanked the American people for supporting the legislation in public opinion polling and said that pressure helped the passage.

"Quite frankly, without the overwhelming, bipartisan support of the American people, this would not have happened," Biden said.

The nonpartisan Congressional Budget Office found this week that Biden's coronavirus bill would add $1.862 trillion to the national deficit over 10 years, with the bulk of the new spending -- $1.173 trillion -- occurring in fiscal year 2021.