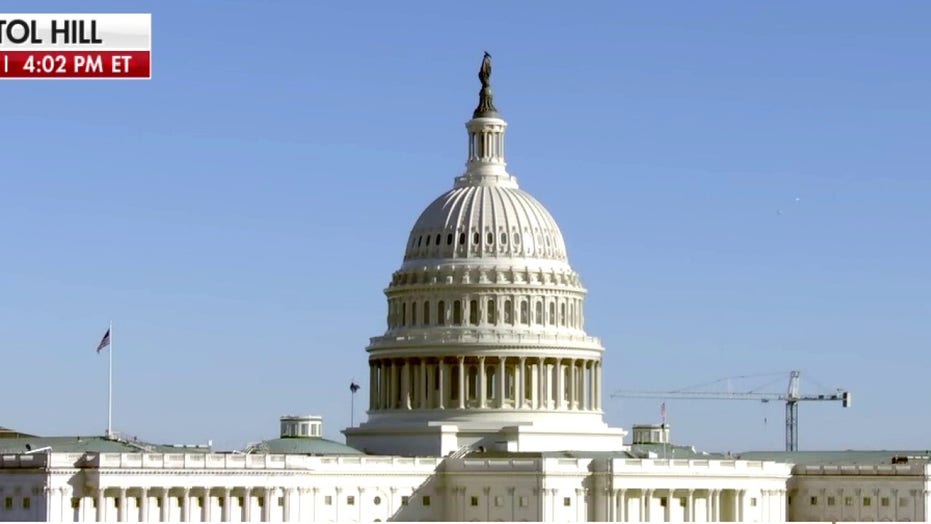 Vice President Kamala Harris came to the rescue of Senate Democrats Thursday afternoon by breaking a 50-50 logjam over whether to advance President Biden's $1.9 trillion coronavirus legislation.

Harris cast the 51st vote with the Democrats to formally kick off debate on the Biden administration's signature legislation to address the ongoing pandemic.

But the debate on the bill was quickly scuttled by Sen. Ron Johnson, R-Wis., who requested the entire 628-page legislation be read aloud by the Senate clerks in advance of any discussion on the merits of the proposal.

Senate Majority Leader Chuck Schumer, D-N.Y., had requested that the reading of the bill be waived, which is customary, but Johnson objected, which kicked off a marathon reading session by Senate clerks that Johnson had previously predicted could take 10 hours.

"All I'm trying to do is make this a more deliberative process [and] obviously shine the light on this abusive and obscene amount of money," Johnson said earlier Thursday of his request.

Senate Republicans have overwhelmingly rejected Biden's legislation as a liberal wish list that is too expensive. Through the reading of the bill and an expected marathon session of votes on amendments, Republicans are trying to delay the passage of legislation and inflict as much pain as possible on Democrats in the process.

But Schumer Thursday said Democrats will stay as long as it takes to pass the measure.

"No matter how long it takes, the Senate is going to stay in session to finish the bill – this week," Schumer said Thursday. "The American people deserve nothing less."

Harris may be needed on the Hill again in the coming days if all 50 Senate Republicans are united against the legislation.

As she departed the Capitol after her tie-breaking vote, Harris was asked if she would be back.

"Who knows?" Harris replied with a half-shrug as she left.

Once the Senate staff have completed reading the bill, senators will have 20 hours to debate the legislation. Then the amendment process begins where Republicans are planning for a marathon "vote-a-rama" to force Democrats to take politically tough votes on everything from abortion to border security.

Republicans plan to unleash a "maximum pressure, maximum exposure" strategy as Democrats try to get the bill over the finish line, according to Stephen Bradford, a spokesman for the Senate Republican Conference.