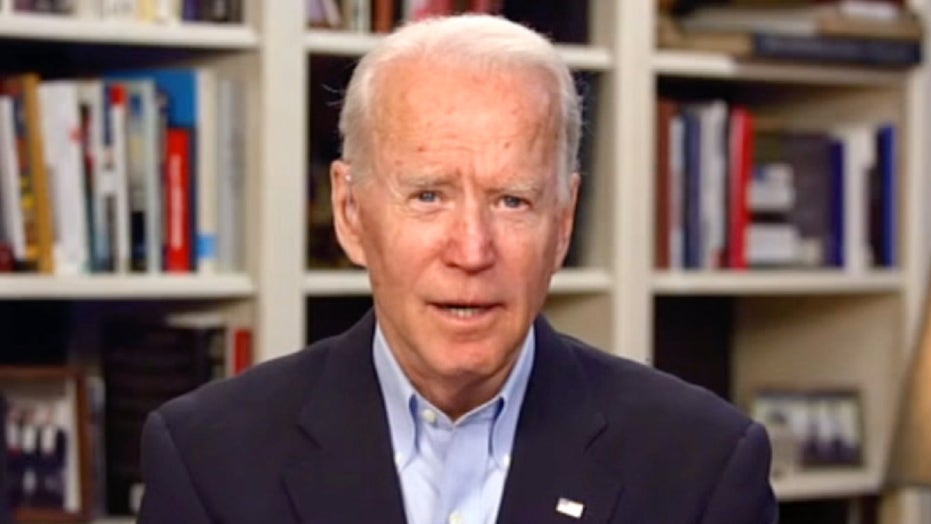 Biden on potentially working with Trump on coronavirus response

Former Vice President Joe Biden says the March unemployment report – which saw the nation’s jobless level rise to 4.4 percent – is more evidence that another economic stimulus package is needed to help boost an economy savaged by the coronavirus pandemic.

The Labor Department reported on Friday that more than 700,000 jobs were shed in March, the most in a monthly report since 2009 during the depths of the Great Recession. But the new report doesn’t include the roughly 10 million people who filed for unemployment benefits the past two weeks as the economy ground to halt while most Americans huddle in their homes to prevent the spread of the deadly COVID-19 disease caused by the virus. Those numbers will be reflected in a month in the April jobs report.

“This morning's employment numbers are another clear warning sign that we need more action to stem the bleeding,” Biden, the likely Democratic presidential nominee, said. “It's a flashing red light we should not ignore.”

One week ago President Trump signed into law a massive $2 trillion stimulus package known as the CARES Act that was overwhelmingly passed in a bipartisan vote by Congress.

“The CARES Act was an important step — and we’ll begin to see it start helping, as long as it’s implemented well — but it won't be enough. It's clear to me, and it should be clear to everyone, that a lot more is needed” Biden said.

And he urged that “Congress must get to work immediately on the next package. We can't afford to waste time. There are a number of things that will have to be done all at once, but our economic priority must be to stop the bleeding in the labor market and keep as many people on payroll as possible.”

The need for another recovery package by Congress to help workers, small businesses and larger companies rebound is one area where Biden and the president seem to agree.

"With interest rates for the United States being at ZERO, this is the time to do our decades long awaited Infrastructure Bill," Trump tweeted on Tuesday. "It should be VERY BIG & BOLD, Two Trillion Dollars, and be focused solely on jobs and rebuilding the once great infrastructure of our Country! Phase 4."


But the top two Republicans in Congress – Senate Majority Leader Mitch McConnell of Kentucky and House Minority Leader Kevin McCarthy of California – right now are opposed to any quick move to pass another stimulus package.

“I think we need to wait a few days here, a few weeks, and see how things are working out,” McConnell said this week on "The Hugh Hewitt Show."

And McCarthy, in a conference call with reporters, said that another stimulus package wouldn’t be “appropriate at this time.”

But Biden, speaking with reporters on Thursday, was optimistic another measure would soon make its way through Congress.

“I predict to you that no matter Mitch says, he’s going to be back handling another package. The idea that this is the end of it, I will be dumbfounded if that occurs. And disappointed,” Biden said.

Biden – who’s repeatedly criticized Trump’s handling of the federal response to the coronavirus outbreak – didn’t take aim at the president in his statement Friday morning.

“The American economy reached new heights under President Trump’s leadership and he is clearly best suited to see our country through this difficult period,” Trump 2020 communications director Tim Murtaugh touted.

He then criticized Trump’s all-but-certain Democratic challenger in the general election, saying “Joe Biden, meanwhile, continues his useless partisan sniping from the sidelines, offering incoherent musings during friendly interviews in his futile quest to stay relevant. His record, overseeing the slowest economic recovery since World War II as Vice President and supporting job-killing trade deals like NAFTA and TPP, render him unqualified to lead in a time of economic crisis.”