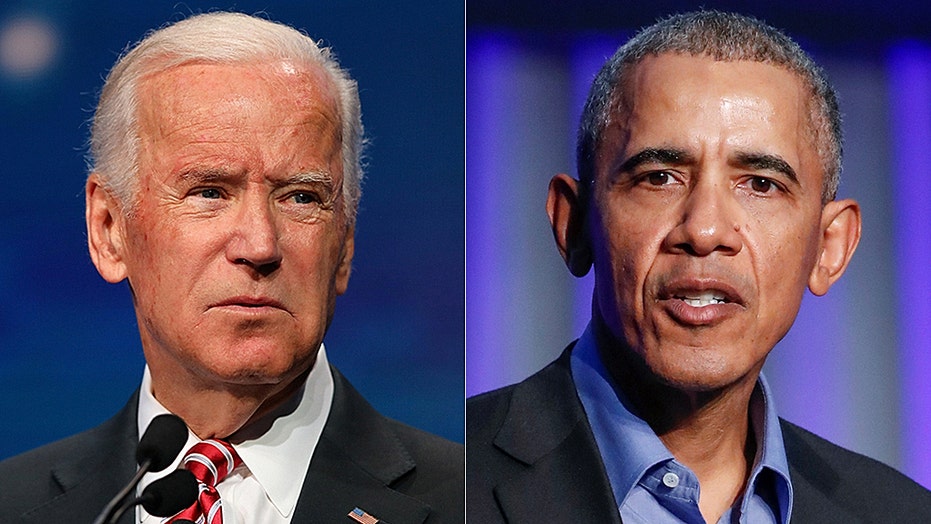 Despite the best-friend bond Joe Biden touts with former President Obama, tensions have lingered between the two statesmen over their vastly different governing styles, according to a Politico report.

To start, a number of anonymously sourced quotes from Obama leaked out throughout the 2020 Biden campaign where the former president allegedly expressed doubts about his former running mates’ fitness for office.

“Don’t underestimate Joe’s ability to f--k things up,” one Democrat who spoke to the former president recalled him saying.

When lamenting his own diminishing relationship with the current Democratic electorate, particularly in Iowa, Obama reportedly told one 2020 candidate: “And you know who really doesn’t have it? Joe Biden.”

Some Biden aides pointed out that, when Obama’s endorsement of Biden in 2020 finally did arrive, it didn’t have nearly the energy of his endorsement of Hillary Clinton in 2016.

And while some senior Democrats credited Biden’s ties to Obama for his strong relationship with Black voters, Biden has emphasized that he earned their votes all on his own. He told aides after his South Carolina primary win Obama hadn’t “lifted a finger” to help him.

Going back to 2016 when Obama glossed over Biden for Clinton when he expressed interest in a presidential run, Obama aides tried to frame the president’s snub as an act of compassion: Biden-- grieving the loss of his son Beau in 2015 -- would not be mentally equipped to handle a campaign.

“But numerous administration veterans, including loyalists to both Obama and Biden, remember it differently: Obama had begun embracing Clinton as a possible successor years before Biden lost his son, while the vice president was laying the groundwork for his own campaign,” the Politico report read.

Obama “had been subtly weighing in against,” Biden himself recalled in Promise Me, Dad, his 2017 book.

“I also believe he had concluded that Hillary Clinton was almost certain to be the nominee, which was good by him,” Biden wrote.

But many credit their differences in leadership style for any perceived tension. Biden loyalists and some Republicans found the formal, scholarly statesman Obama  had a hard time connecting with those in Congress.

“Negotiating with President Obama was all about the fact that he felt that he knew the world better than you,” said Eric Cantor, the Republican House majority leader from 2011 to 2014. “And he felt that he thought about it so much, that he figured it all out, and no matter what conclusion you had come to with the same set of facts, his way was right.” Biden, he said, understood that “you’re gonna have to agree to disagree about some things.”

They would sneer at how Biden, “like an elderly uncle at Thanksgiving,” would launch into anecdotes everyone in the room had heard before.