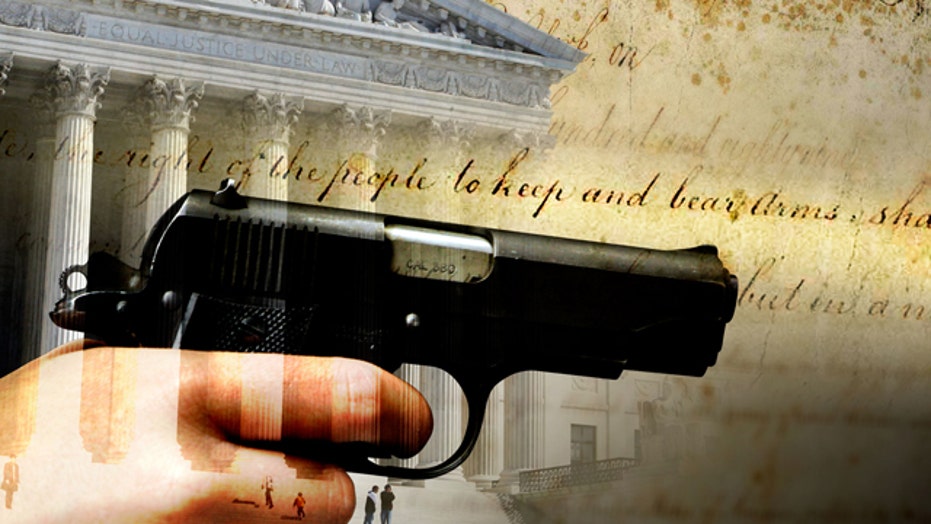 Media and the politics of gun control

Coverage of the Sandy Hook tragedy

“And while, as I said, there’s no one answer to this problem, it is clear that we cannot once again retreat to our separate corners and to our stale talking points, because that inevitably leads to an impasse.”

President Obama today is announcing a commission on mass shootings to be led by Vice President Joe Biden with an eye on a “comprehensive” solution.

Presidential commissions are typically ways to avoid action rather than spur it, as was the president’s deficit commissions and others since time immemorial. And the selection of his vice president to boss the board is a further indication that avoidance may be the goal.

Recall that Biden has been given several such thankless tasks, like overseeing the losing battle to prevent waste and abuse of stimulus dollars or trying to preserve the American-backed government in Baghdad in the wake of U.S. withdrawal from Iraq. Vice presidents are tailor made for tasks such as these when the president wants to show seriousness but preserve some distance.

What liberal lawmakers would like to see from the president would be, at a minimum, a push to reinstate the 1994 ban on what gun-control advocates call “assault weapons,” which, broadly defined, are firearms that look more like military weapons than hunting rifles.

The ban illustrates how such laws usually come to be.

On Dec. 7, 1993 a gunman opened fire on the Long Island Railroad, killing six people and wounding 19 others. Then-President Bill Clinton began a push for gun control measures that would eventually result in the passage Federal Assault Weapons Ban passed by Congress in September 1994.

Whether it has been airline crashes, mine disasters or tainted meat, it has often been major tragedies that have spurred major new regulations. Obama, a longtime proponent of restrictions on firearms, would certainly like to see a similar response to the shootings in Newtown, Conn.

If that’s so, why task the man he once mocked as “Sheriff Joe” with the task of leading the charge on an issue so important to Democrats?

Most likely it is because it was Biden who was the lawmaker who made the original ban possible. As a longstanding proponent of gun control, Biden had pushed an assault weapons ban through the Senate in November 1993, only to see it flounder in the House. The Long Island shootings the next month provided the impetus, with Clinton’s help, to pass the legislation the next year.

Pro-gun Democrats are already lining up behind a plan that would reinstate the ban, which expired in 2004 or at least parts of it. Republicans too have been sounding receptive to new restrictions on magazine sizes, etc.

If Obama wanted to reinstate the ban, it would seem to be a pretty simple task at this moment, especially given the public outcry following the Connecticut shootings. Sen. Diane Feinstein, D-Calif., has the legislation ready to go and could have a vote ready next month when the memory of the killings was still fresh in the public memory.

But the creation of the commission and the selection of Biden, an ardent backer of gun control, to be its leader suggests that Obama has something more in mind than a return to Clinton-era policies.

Rather than just a place to let an issue languish – as he did with the deficit reduction panel – Obama’s selection of a zealous proponent of gun control to lead the shootings commission suggests the president would like to see bigger changes.

“But given a deal where Obama offers essentially nothing on spending or ‘Plan B’ where you pass a tax increase for $1 million, you have to go to ‘Plan B.’ That's a much smarter option. I think ‘Plan A’ is absurd.”