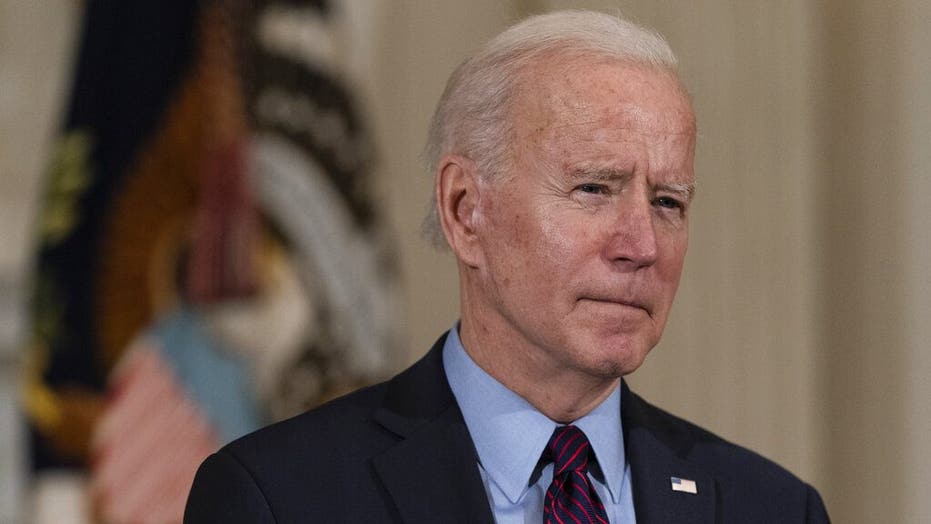 U.S. immigration authorities will revise their approach to arrests and deportations under President Biden, according to Homeland Security officials.

That’s the day Biden was inaugurated – and when he signed a slew of executive orders, some of which rolled back parts of former President Donald Trump’s immigration policy. He strengthened protections for recipients of the Deferred Action for Childhood Arrivals program (DACA) and halted work on the border wall.

FILE - In this Feb. 5, 2021, file photo President Joe Biden speaks about the economy in the State Dinning Room of the White House in Washington. Biden’s push for a giant COVID-19 relief bill is forcing an internal reckoning that pits his instincts to work toward a bipartisan deal against the demands of an urgent crisis and his desire to deliver for those who helped elect him. (AP Photo/Alex Brandon, File)

"Due to limited resources, DHS cannot respond to all immigration violations or remove all persons unlawfully in the United States," the memo reads. "Rather, DHS must implement civil immigration enforcement based on sensible priorities and changing circumstances."

The DHS change took effect Feb. 1 and attempted to place a 100-day halt on removals except under certain circumstances – before a judge shut down the policy.

"There are policies that we had under President Obama that I think we need to look at and implement," he said. "And in fact...President Obama actually deported more people than President Trump did."

The change in guidance aims at encouraging noncitizens to submit filings to immigration officials without fear of being immediately deported.

Additionally, Immigration and Customs Enforcement officers soon be given new guidance that will lead to fewer arrests and deportations while using more resources for national security issues, suspects in sex crimes, gang members, felons and recent arrivals, according to the Department of Homeland Security.

The policy change would mean officers no longer seek deportations for immigrants convicted of drunken driving and assault and will weaken ICE’s ability to arrest wanted immigrants at correctional facilities.

ICE would cease to pursue deportations of convicted drug criminals, DUI drivers, low-level assaulters, fraudsters and thieves, according to a memo from acting director Tae Johnson obtained earlier by the Washington Post.

"I support ICE," said the Democratic congressman, whose district touches the border. "I support the men and women that that are there. We just got to find that right policy."