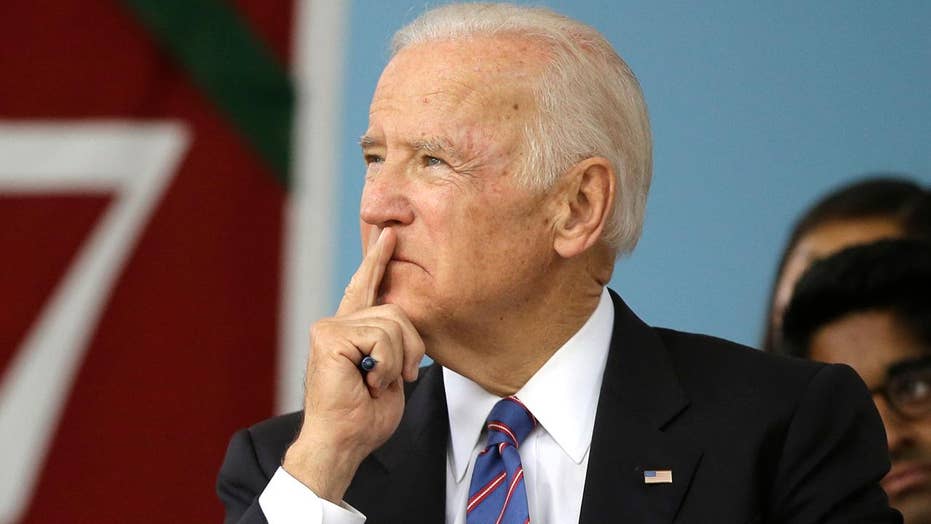 Declaring "this is a time for big dreams," former Vice President Joe Biden on Thursday launched a political action committee that's stoking fresh speculation he may seek the presidency in 2020.

The 74-year-old Democrat unveiled American Possibilities PAC through social media and in an email that directs supporters to a new website. The committee allows him to raise money for candidates, pay for politically related travel costs and maintain relationships with longtime donors.

"This is a time for big dreams and American possibilities," Biden says in a message posted on the new site. "If that's what you believe -- and you're ready to help elect folks who believe that, and to support groups and causes that embody that spirit -- then I'm asking you to join me today."

In a related email to supporters, Biden wrote that "the negativity, the pettiness, the small-mindedness of our politics drives me crazy." He did not mention President Donald Trump by name but said that kind of politics is "not who we are."

Clinton remains a prominent voice in party affairs along with 2016 candidate Bernie Sanders, although a new wave of Democrats is working to steer the party's message. Among them: Massachusetts Sen. Elizabeth Warren, New Jersey Sen. Cory Booker and California Sen. Kamala Harris.

While Obama has maintained a low profile since leaving the White House, Biden has been politically active.

He campaigned for Democrats in Delaware and New Jersey in recent months in addition to headlining a fundraiser for the New Hampshire Democratic Party in late April. New Hampshire, of course, traditionally hosts the nation's first presidential primary election every four years.

"He will be a consistent, vocal presence for the Democratic Party all over the country," Biden spokeswoman Kate Bedingfield said of his role in party affairs.

Biden, raised in working-class Pennsylvania, has run for president twice before. Should he run and win in 2020, he would be the oldest president ever elected.

"It's time to reach deep into the soul of this country and once again give everyone -- and I mean everyone -- the opportunity to achieve the impossible," Biden wrote.