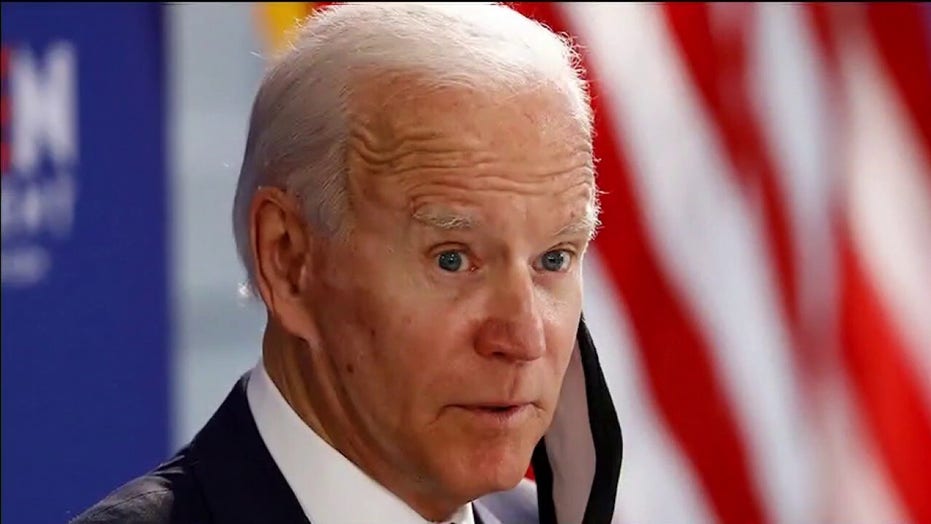 Biden will not travel to Milwaukee to accept Democratic nomination

Joe Biden’s presidential campaign says that it and the Democratic National Committee (DNC) and their joint fundraising committees combined brought in $140 million in last month.

The Wednesday evening statement from the former vice president’s campaign also touted that they now have a hefty $294 million in cash on hand as of the end of July, an increase of $50 million in their coffers over the past month.

The $140 million hauled in during July is roughly equal to the $141 million the Biden campaign and the DNC raised in June, which was by far the campaign’s best monthly figure to date.

President Trump’s re-election campaign and the Republican National Committee (RNC) and their joint fundraising ventures have yet to announce their July fundraising figures. They brought in a combined $131 million in June, which was also a record. The Trump campaign and the RNC had $295 million cash on hand at the end of June.

The president’s been raising money for his re-election bid since entering the White House three and a half years ago. And the re-election effort’s hauled in an unprecedented $947 million the past two years.

The former vice president – who declared his candidacy in April of last year - struggled to bring in cash for much of his campaign. He raised just $8.9 million in January and $18 million in February. But he saw his fundraising spike starting in March, as he became the clear frontrunner for the Democratic nomination and much of the party coalesced around his White House bid. Biden become the presumptive Democratic presidential nominee in April, as his last remaining primary rival – Sen. Bernie Sanders of Vermont  - dropped out of the race and backed the former vice president.

The Biden campaign – spotlighting its grassroots appeal - said that 97% of contributions in July were from grassroots donors and that the average online contribution was $34.77.

“The Biden campaign is on the march, building off the incredible momentum from this summer with another lights-out fundraising month, banking another $50 million for the final stretch to election day,” campaign manager Jen O’Malley Dillion said in a statement.

Earlier Wednesday, the Biden campaign announced it would spend an eye-popping $280 million to run TV and digital commercials in 15 competitive states from Labor Day to Election Day.