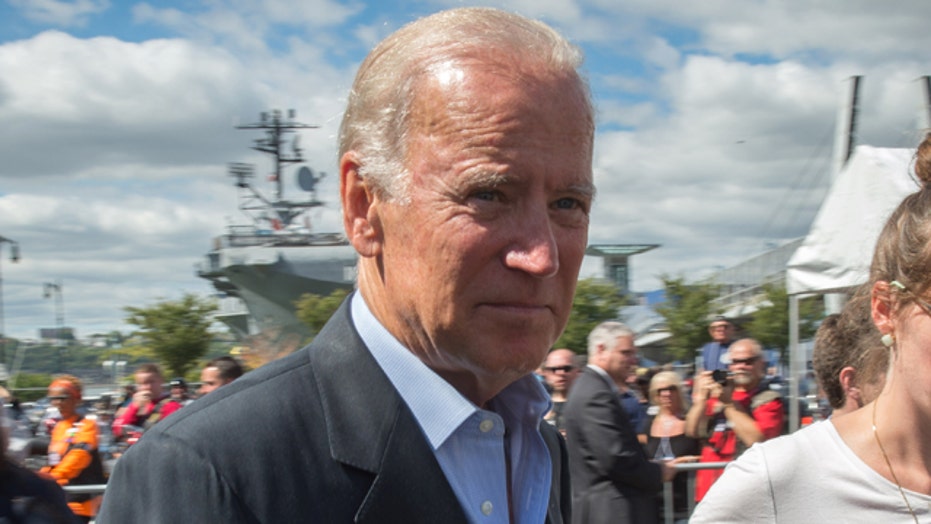 How would Biden affect the 2016 presidential race?

Biden's one-on-one came during his swing through New York City where he also appeared on "The Late Show with Stephen Colbert" and seemed to push back on the rampant 2016 speculation.

"Nobody has a right, in my view, to seek that office unless they are willing to give it 110 percent of who they are," Biden told Colbert on Thursday. He said "I'd be lying if I said I knew I was there."

Wolf, too, could not say which way Biden may be leaning. Asked if he got the impression Biden might run, Wolf told Bloomberg: "If he doesn't know yet, how would I?"

Wolf also reportedly said Biden did not appeal for Wolf's support during their talk.

But the meeting, according to Bloomberg, lasted more than 90 minutes. And Bloomberg noted that the two figures had not had a long or personal conversation before that sit-down.

Wolf could be a valuable asset to Biden should he decide to run. He is former CEO of UBS Americas and raised hundreds of thousands of dollars for President Obama's 2008 and 2012 campaigns; he is publicly backing Clinton this time.

Biden already is known to be reaching out to donors as he explores a possible presidential run. Bloomberg reports that his supporters are now planning for the possibility of a later-than-expected decision -- potentially leaking into late October or early November.