President Biden broke off negotiations with a group of GOP senators led by Sen. Shelley Capito on Tuesday (R-W.Va.) amid disagreements regarding the structure and size of his proposed infrastructure spending plan.

Discussions between the White House and Capito’s group were cordial, and Biden walked away feeling as though the negotiations ran their course and were in good faith, an administration source told Fox News. Talks broke down because Biden wanted Republicans to present a more significant number for infrastructure investments and because he felt their plan to pay for a proposed $1 trillion package lacked specifics.

President Biden "informed Senator Capito today that the latest offer from her group did not, in his view, meet the essential needs of our country to restore our roads and bridges, prepare us for our clean energy future, and create jobs," White House Press Secretary Jen Psaki said in a statement. "He offered his gratitude to her for her efforts and good faith conversations, but expressed his disappointment that, while he was willing to reduce his plan by more than $1 trillion, the Republican group had increased their proposed new investments by only $150 billion."

With talks with Capito’s group effectively dead, Biden shifted his efforts toward negotiations with a bipartisan group of 20 senators. The president and top Cabinet members will continue discussions with the group on infrastructure during Biden’s upcoming trip to Europe. 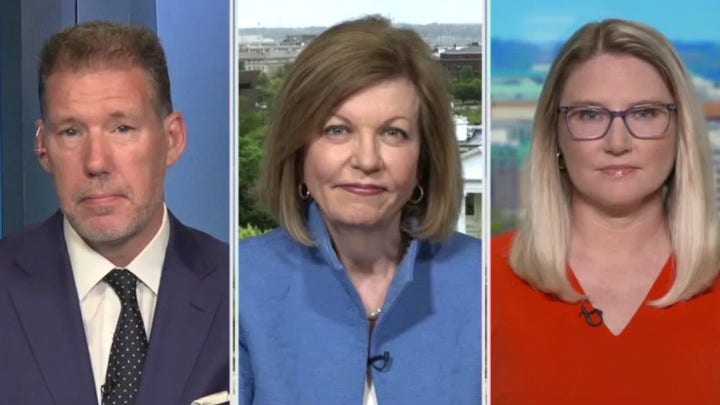 "Despite the progress, we made in our negotiations, the president continued to respond with offers that included tax increases as his pay for, instead of several practical options that would have not been harmful to individuals, families, and small businesses," Capito said in a statement.

"While I appreciate President Biden’s willingness to devote so much time and effort to these negotiations, he ultimately chose not to accept the very robust and targeted infrastructure package, and instead, end our discussions. However, this does not mean bipartisanship isn’t feasible," she added.

The administration official said Biden thinks highly of Capito and would welcome her to participate in negotiations with the bipartisan group of senators in the coming days.

Biden has already engaged with leading members of the group, including Sens. Bill Cassidy, Joe Manchin and Kyrsten Sinema in a bid to salvage a bipartisan compromise. The group is expected to present its own proposal in the coming days.