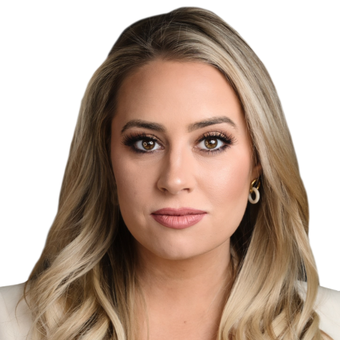 Jacqui Heinrich currently serves as a White House Correspondent for FOX News Channel (FNC). Heinrich is also a co-host for FOX News Audio’s The FOX News Rundown podcast. She joined the network in September 2018 as general assignment reporter based in New York.Read More

Heinrich reported on the campaign trail for the 2020 presidential election, where she provided on-the-ground coverage of both the Democratic and Republican National Conventions. In 2021, she was promoted to Congressional Correspondent and moved to Washington, DC.

In 2022, Heinrich was elected by the White House press corps to represent her peers on the White House Correspondents Association’s board for a three-year term. Most recently, Heinrich presented a live interview with Biden Senior Adviser and former National Economic Council director Gene Sperling, alongside FOX News Channel’s John Roberts. In addition, she has been covering the news surrounding Russia’s invasion of Ukraine.

Heinrich is a three-time Emmy-award winning reporter and was named the 2017 General Assignment Reporter of the Year for the National Academy of Television Arts & Sciences, Boston/New England chapter. As a reporter/anchor for Boston 25 News, she covered multiple breaking news events including the October 2017 deadly mass shooting at the Las Vegas Route 91 Harvest Festival.

Prior to joining Boston 25 News, Heinrich spent nearly three years as a reporter and weekend evening anchor for KTNV-TV, the ABC affiliate in Las Vegas. Heinrich also worked as a one-man-band reporter for the NBC affiliate in Colorado Springs, where she also anchored KOAA’s weekend morning edition of the Happening Now Desk. She attended the George Washington University School of International Affairs and worked as an intern for the United States Congress, MSNBC, and WRC-TV, the local NBC affiliate.

The Chinese spy balloon has been shot down by the U.S. military while hovering over the Atlantic Ocean off of the South Carolina coast on Saturday afternoon.

DOJ says it is working with the intelligence community before briefing the Senate Intelligence Committee on the improper retention of classified records by Biden and Trump. 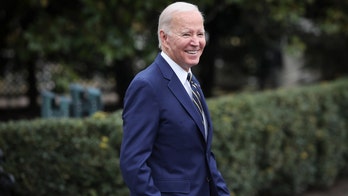 President Biden will not make an announcement on a 2024 re-election campaign until after the State of the Union address, according to sources.

As anti-Kevin McCarthy dissenters grow, Democrats are moving toward agreeing to a unity candidate to become the next Speaker of the House.

The blame game has erupted in the Republican Party after a "red wave'" failed to materialize Tuesday, with some questioning the direction of party leadership. 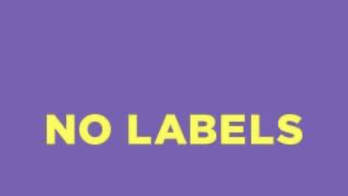 EXCLUSIVE: A centrist group is quietly mobilizing a major bid to launch a bipartisan Unity Ticket in 2024 featuring both a Democrat and Republican for the White House. 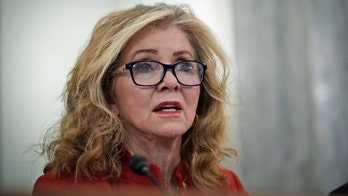 Sen. Marsha Blackburn is the latest U.S. lawmaker to make an unannounced trip to Taiwan, according to a source familiar with the trip. She is expected to land Thursday.

A bulletin from the FBI and DHS that was sent to law enforcement agencies is warning of increased threats following the FBI's raid of former President Trump's Florida estate. 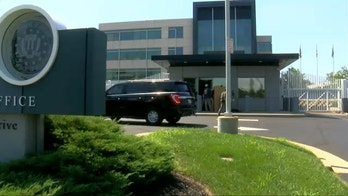 An armed suspect who attempted to breach the FBI Ohio office and fled the scene, sparking a pursuit was shot and killed Thursday after a six-hour standoff.

Former President Trump has “made up his mind” about 2024, according to Republican Study Committee Chairman Jim Banks, after a meeting Tuesday at Trump National Golf Club Bedminster.