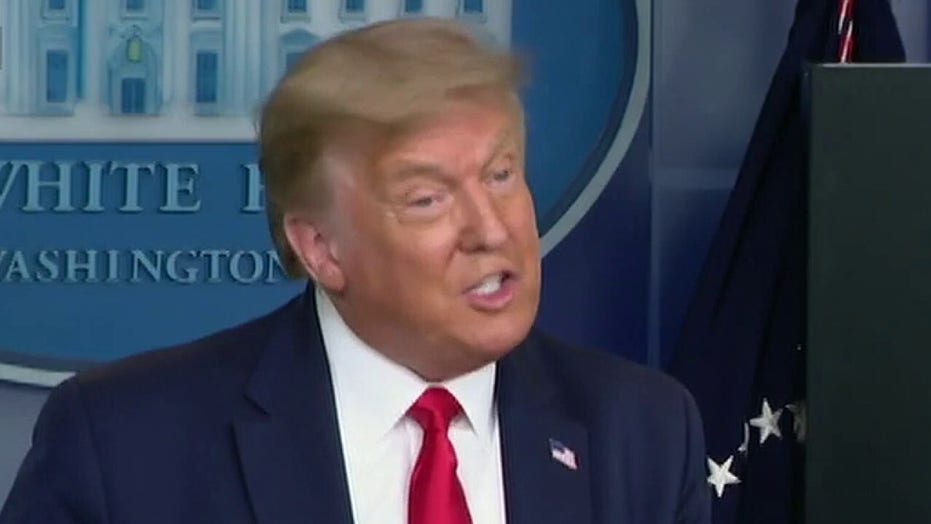 Trump scraps RNC convention as coronavirus cases rise in Florida, across US

“We are putting nobody in harm's way,” Perez told SiriusXM’s Joe Madison. “Safety is job one for us in this convention and that’s why it will be considerably smaller but it will be no less exciting -- not less inspiring because frankly, this is still the most important election of our lifetime.”

Perez confirmed former Vice President Joe Biden will accept the nomination "from Milwaukee," according to Politico, while the party's delegates will vote for him remotely.

“We are anchored in Milwaukee and we will have exciting programming in Milwaukee,” he said.

He added there will be some in-person events at a smaller venue than originally planned.

Perez's update came a day after President Trump said in-person events scheduled for the Republican National Convention in Jacksonville, Fla., have been canceled but delegates will still meet in Charlotte, N.C., to formally nominate him. Trump will also give a speech from Charlotte.

The RNC moved the convention from Charlotte to Jacksonville last month when North Carolina Gov. Roy Cooper said he couldn’t guarantee a full-scale convention amid the coronavirus.

Trump had planned to accept the nomination in Jacksonville with a large crowd before the cancellation, but other official business meetings that were still scheduled for Charlotte will go ahead as planned, Trump said.

After the president's announcement, Perez wrote on Twitter that Democrats “have put the health and safety of the American people first” since the beginning of the crisis. “Unlike Trump, we followed the science, listened to doctors and public health experts, and worked through plans to protect lives.”

The Democratic convention was delayed from July and will now be held Aug. 17-20. The Republican convention will be Aug. 24-27.

Perez called Trump’s June rally in Tulsa, Okla., an “abomination” and said it “embodied his selfishness," according to "The Joe Madison Show."

He said the Democratic convention will essentially be “made for TV," Politico reported.

“We announced this months ago because the science was very clear that we could not safely put on a convention with those thousands of people in the arena,” Perez said.