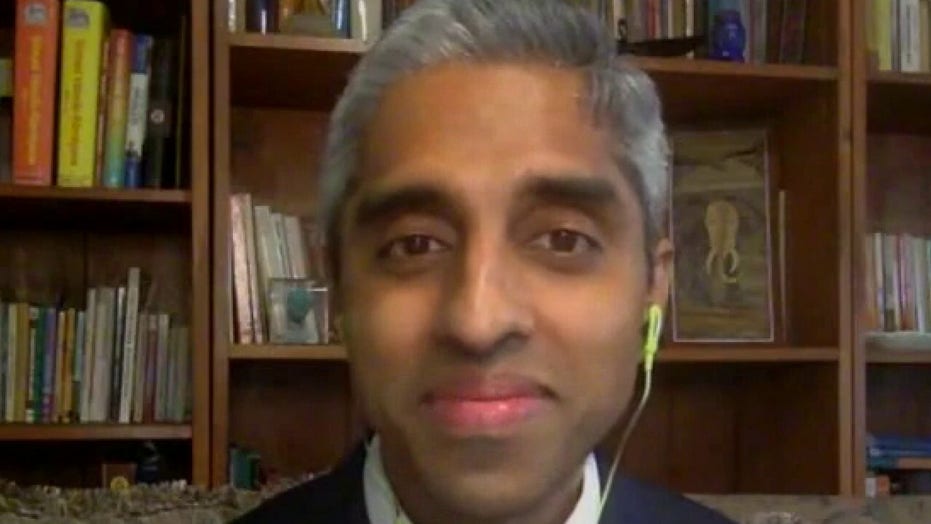 "That’s a measure of last resort," Murthy said on "Fox News Sunday." "The way we think about lockdowns, I think, is different now than it was in the spring.  In the spring, when we didn’t know a lot about COVID, we responded in a sense with an on-off switch. We just shut things down because we didn’t know exactly how this was spreading and where it was spreading."

"We've learned a lot more since then that tells us that the better way to think about the safety restrictions is more as a dial that we turn up and down depending on severity."

"We’ve got to approach this with the precision of a scalpel, rather than the blunt force of an axe," he added.

While the Pfizer vaccine news offers a "ray of hope," people still need to follow public health measures and look after themselves and communities in the meantime, one expert said. (iStock)

Murthy’s comments come after Dr. Michael Osterholm, another Biden adviser, floated the idea of another four- to six-week nationwide lockdown should COVID-19 cases continue to rise across the county as they have over the past several weeks.

Osterholm has since walked backed the proposal, saying he had not yet spoken to the incoming administration.

"We are in ... the most dangerous public health period since 1918," he told "Meet the Press" on Sunday. "If we don’t take important steps like stop swapping air with our neighbors, our friends, our colleagues, we’re going to see [coronavirus case] numbers grow substantially."

"My worst fear is what we saw happen in other countries, where people were dying on the streets," Osterholm continued. "That’s going to start happening, the media will start reporting it and we will see the breadth and the depth of this tragedy."

"The campaign we’re going to have to build to vaccinate enough people to create herd immunity in America will be the most ambitious vaccination campaign, I believe, in our country’s history, and doing that requires people to trust that that vaccine is safe and that it's effective," Murthy said. "Unfortunately, we know from recent polls that a significant number of people are worried that the process of developing the vaccine and proving it may have been politicized, so now the onus is on us to be as transparent as possible."

Biden campaigned as a more responsible steward of America’s public health than President Trump is and has been blunt about the challenges that lie ahead for the country, warning of a “dark winter” as cases spike.

But talk of lockdowns are especially sensitive. For one, they’re nearly impossible for a president to enact on his own, requiring bipartisan support from state and local officials. But more broadly, they’re a political flashpoint that could undermine Biden’s efforts to unify a deeply divided country.

“It would create a backlash,” said Dr. Amesh Adalja, a senior scholar at the Johns Hopkins Center for Health Security who added that such a move could make the situation worse if people don’t comply with restrictions. “Lockdowns can have consequences that diminish the value of such an approach.”