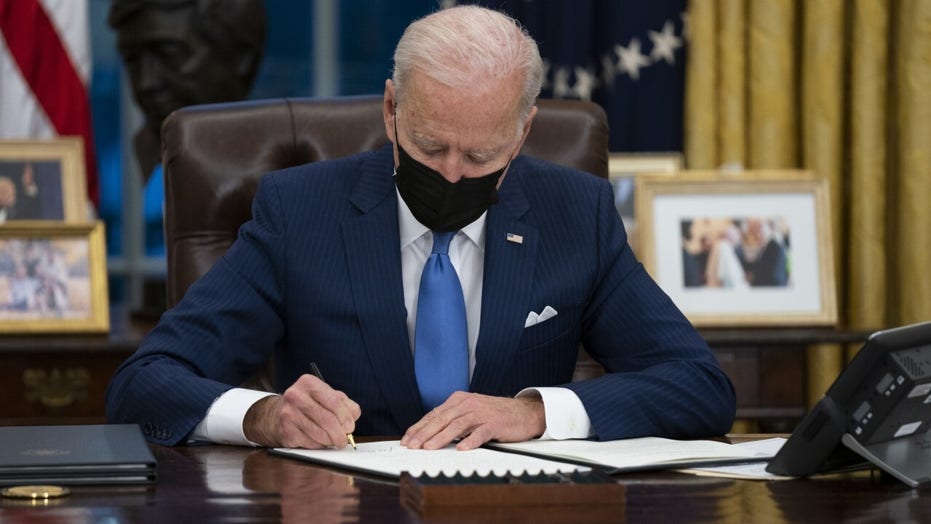 President Biden Thursday revived an old claim that he’d once been "shot at" overseas.

"You have great personal courage. I’ve been with some of you when we’ve been shot at," Biden told a group of diplomatic aides at the State Department. He didn’t offer details about when he’d been shot at.

The White House could not be reached for comment to detail when the president had been shot.

The president stirred controversy when he made the initial claim of being shot at over a decade ago, and later had to walk it back.

During a Democratic presidential debate in 2007, Biden disclosed that he’d been "shot at" inside the Green Zone. "Let’s start telling the truth," he said. "Number one, you take all the troops out — you better have helicopters ready to take those 3,000 civilians inside the Green Zone, where I have been seven times and shot at. You better make sure you have protection for them, or let them die, number one."

He amended that later, saying the quarters he was staying in while visiting the Green Zone in 2005 shook from a nearby blast, and "I was near where a shot landed." He said that he'd been in three near-shooting instances, and in one instance, a shot had landed outside the building where he and other senators were staying. He added that the vehicle he was traveling in the day before might have also been hit.

Biden said the incident wasn't threatening enough to take cover. "No one got up and ran from the room—it wasn’t that kind of thing," he said. "It’s not like I had someone holding a gun to my head."

The McCain campaign jumped on the claims at the time, putting out a statement from a retired Black Hawk pilot saying there is no mistaking being shot at or forced down by the enemy.

Biden aides later added greater detail of the other two instances to The Hill: In the same 2005 trip, they said a bullet narrowly missed a helicopter Biden and his staff were flying in en route to the Baghdad airport from the Green Zone.

They also said that in 2004, while Biden was leaving Iraq in a C-130 cargo airplane, the plane's anti-missile system was triggered, signaling the plane had been shot by a surface-to-air missile.

Patrick Campbell, legislative director for Iraq and Afghanistan Veterans of America, told The Hill at the time Biden should be precise in how he describes his experience in combat zones.

"Veterans don’t like it when people mischaracterize their service, people who overstate what happens to them," he said. "We have names for them."

It's possible Biden could have been referring to incidents in 2009 and 2010 when rockets landed close to the American embassy in Baghdad's Green Zone while Biden, then-vice president, was visiting.

The 78-year-old president’s loquacious manner has led him to frequent gaffes over the years. Biden has frequently told of when he marched in the civil rights movement, and aides have had to remind him that he did not, and he falsely claimed "I am a hard coal miner" in 2008 to members of the United Mine Workers at the union's 2008 annual fish fry. Aides later said he was joking.