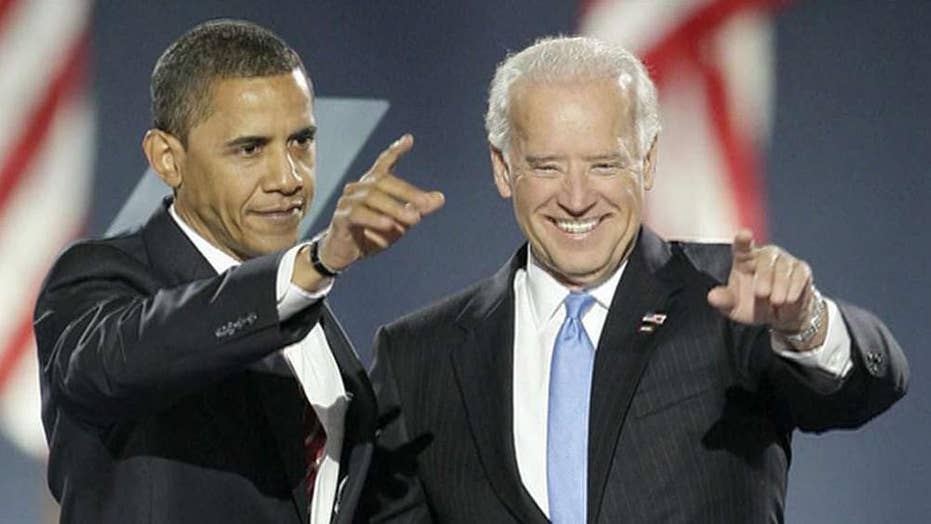 Obama endorsed Hillary Clinton in 2016 after she had enough delegates to clinch nomination; Mike Emanuel reports from Washington.

President Obama has remained silent as the field of Democrats has grown over the past several months -- and stayed silent as Biden entered the race Thursday.

"I asked President Obama not to endorse,” Biden told Fox News on Thursday outside an Amtrak station in Delaware, adding that “whoever wins this nomination should win it on their own merits.” 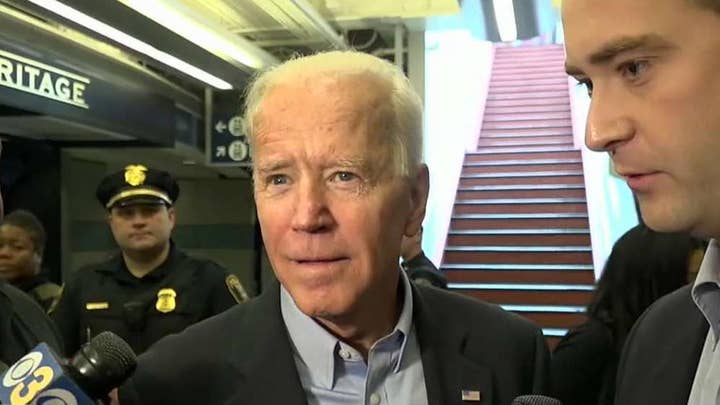 “He wanted to make the case. He is running in this race because he believes we need to restore the soul of this nation, we need to rebuild the backbone of America, and that we need to unify and come together,” Biden’s Deputy Campaign Manager Kate Bedingfield told MSNBC.

Many critics on social media, however, took such claims with a grain of salt.

President Obama offered praise for Biden in a statement but stopped short of an endorsement.

“President Obama has long said that selecting Joe Biden as his running mate in 2008 was one of the best decisions he ever made,” Obama spokesperson Katie Hill stated. “He relied on the vice president’s knowledge, insight, and judgment throughout both campaigns and the entire presidency. The two forged a special bond over the last 10 years and remain close today.”