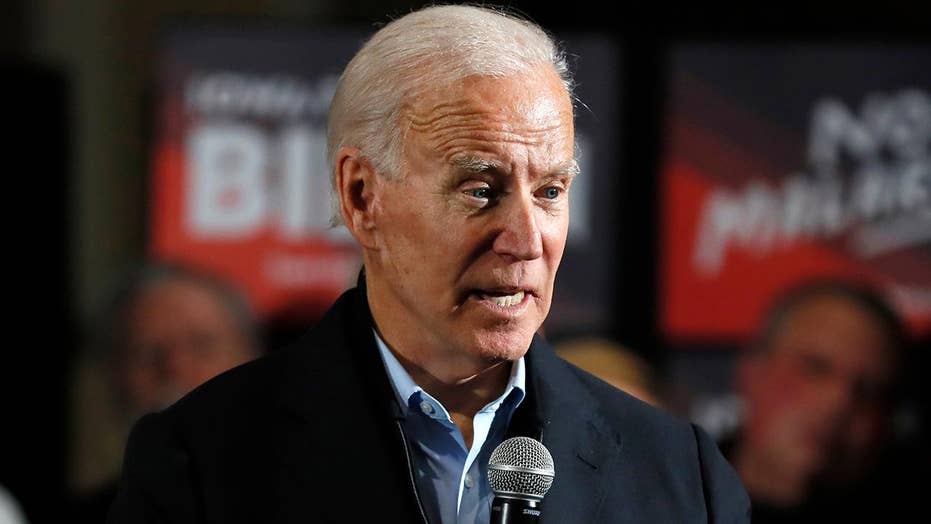 Democratic presidential candidate Joe Biden on Thursday announced his campaign raised $22.7 million in the last three months of 2019, making it the best quarterly fundraising report of his campaign.

In a video posted to Twitter, Biden celebrated the number, thanking his contributors and saying, “You are the energy, so I just wanted to thank you for putting yourself on the line, vouching for me, vouching for the family. I appreciate it a great deal, so thank you.”

Biden’s campaign sought to portray the fundraising haul as a demonstration of financial momentum, pointing out in a news release that the campaign has doubled its online fundraising and increased its overall fundraising by 49 percent compared to the previous quarter.

Trying to spotlight how the impeachment of Trump has benefited Biden's fundraising, his team noted that digital donations surged during the weeks the House impeachment inquiry was dominating national headlines.

"During impeachment our average digital revenue per day more than doubled, up by 121 percent, where it was in the weeks preceding impeachment,” the Biden campaign emphasized.

The campaign said the average on-line contribution was $23, with an overall average donation for the quarter of $41.

The fourth member of the top-tier of Democratic presidential contenders, Sen. Elizabeth Warren of Massachusetts, may experience a dip in campaign contributions as she deals with declining support in national and early voting state polls.

Asked Thursday by Fox News if she was concerned about keeping pace with Sanders -- the other progressive standard-bearer in the race -- Warren wouldn't answer.

Instead, she said, "I am very grateful for all of the people who contributed to my campaign."

Tech entrepreneur Andrew Yang -- a long shot for the nomination who’s risen in the polls and consistently made the debate stage – announced on Thursday that he raised $16.5 million the past three months, far outpacing his $10 million third-quarter haul.

The campaign initially estimated their haul at around $12.5 million, but Yang told Fox News in New Hampshire on Tuesday that he’d top that estimate. “We’re going to top that,” he said as he laughed. “We softballed it a little bit.”

The candidate also said his fundraising figures showed that his “campaign’s growing very, very quickly, growing faster than any other campaign in the field.”