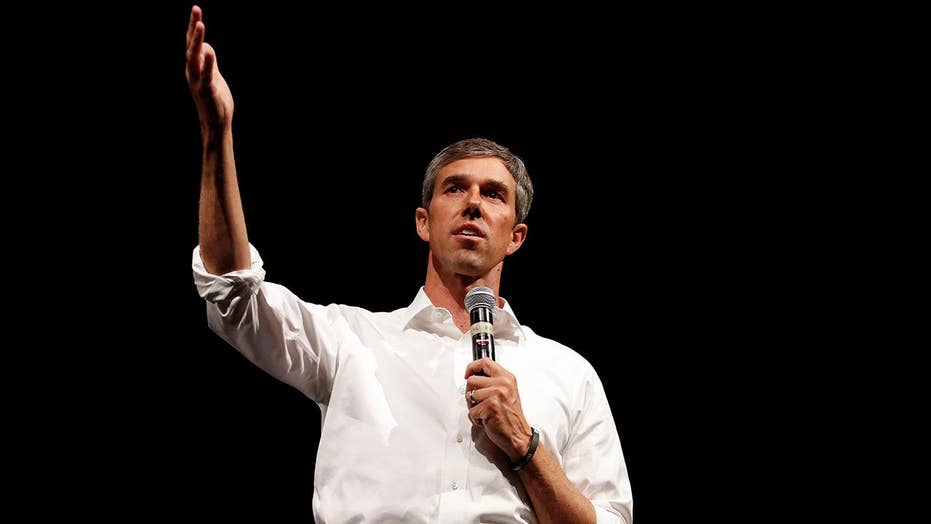 Beto O'Rourke suggests US is at fault for everything

Democratic presidential candidate Beto O’Rourke now claims you have a “right” to live near your job.

“Living close to work shouldn't be a luxury for the rich,” the former Texas congressman tweeted Monday. “It's a right for everyone.”

O’Rourke didn’t explain how it’s a right – or if he considers it a constitutional or a human right. But in a video posted on Twitter, the Democrat argued that living closer to one’s work would not only “reduce our impact on climate change and greenhouse emissions” but would also “improve the quality of life” for people.

In the video, O’Rourke claimed “we force lower-income working Americans to drive one, two, three hours in either direction to get to their jobs, very often minimum wage jobs. They’re working two or three of them right now.”

“Rich people are going to have to allow -- or be forced to allow -- lower-income people to live near them,” he said.

Conservatives expressed bewilderment over his claims.

“First of all, there is not a single person in the universe driving three hours to get to a minimum wage job,” said blogger Matt Walsh. “Second, if living near your job is a ‘right,’ then literally anything and everything is a right. The term has no meaning at all anymore.”

O’Rourke, who entered the presidential race to great fanfare earlier this year, has struggled to gain traction in the crowded primary. According to the Real Clear Politics polling average, O’Rourke is polling at 2.3 percent.