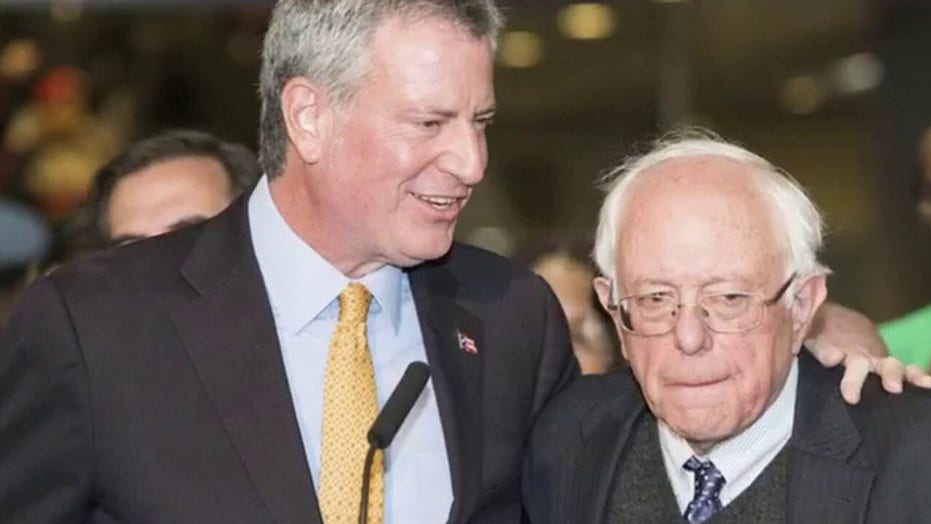 A group of topless protesters stormed a Bernie Sanders rally in Nevada Sunday afternoon, throwing paint, fake blood and water on the podium before security whisked them away.

Sen. Sanders, I-Vt., speaking at a rally in Carson City, had just finished introducing his wife as “the next first lady” when a woman ran up to the podium, trying to grab Sanders’ mic.

A visibly irritated Sanders yanked the mic away. The woman then grabbed another mic on the podium.

Sanders exited the stage as a chaotic scene unfolded.

Several other women – at least two of whom were topless – joined the first woman on stage. The group threw various liquids on the podium and around the stage before security intervened.

Sanders reappeared before the podium, quipping: “This is Nevada, there’s always a little bit of excitement.”

Three women were arrested after the incident for indecent exposure, Carson Now reported.

This was not the first time topless protesters made an appearance at a Sanders rally. During his 2016 presidential campaign, two topless women were arrested outside a venue in Los Angeles for taking off pasties that read: “Feel The Bern!”