More than two dozen people who worked on Bernie Sanders' 2016 campaign have called for a meeting with the senator and his top aides about the culture that surrounded Sanders' 2016 presidential campaign; reaction from Tezlyn Figaro, former Bernie Sanders campaign staffer.

More than two dozen people who worked on Bernie Sanders’ 2016 campaign have called for a meeting with the senator and his top aides — saying there’s been talk in recent weeks about a “predatory culture” that developed while he was running.

The former staff members sent Sanders and his principal campaign committee a letter, which was published online Sunday by POLITICO, citing an “untenable and dangerous dynamic” that they hope to “pre-empt” in the “upcoming presidential cycle.”

The men and women requested a meeting in person “to discuss the issue of sexual violence and harassment” — but didn’t describe any specific incidents or accusations. 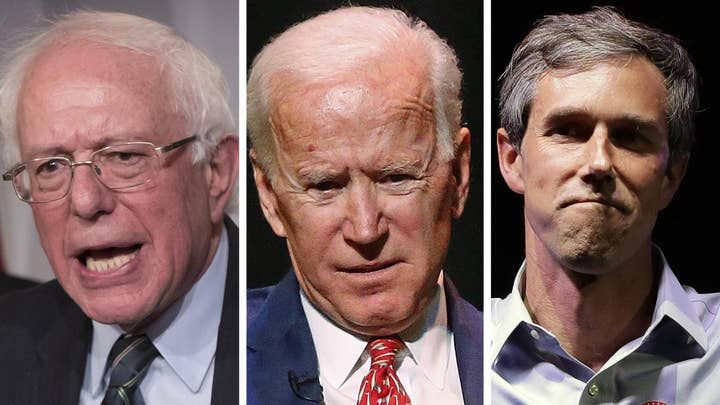 “In recent weeks there has been an ongoing conversation on social media, in texts, and in person, about the untenable and dangerous dynamic that developed during our campaign,” their letter says. “We the undersigned request a meeting with Senator Sanders and his leadership team … for the purpose of planning to mitigate the issue in the upcoming presidential cycle — both in the primary and potential general election campaigns for 2019 and 2020.”

Specifically, the staffers said they hope to establish “a follow-up plan for implementing concrete sexual harassment policies and procedures.”

“It is critically important that Senator Sanders attend this meeting to understand the full scope of the issue from 2016 and how the campaign plans to move forward,” their letter continues.

Some of the signers told POLITICO that they hope the proposed meeting wouldn’t bolster the longstanding “Bernie Bro” argument, but instead serve as a leading example of what campaigns should do in the wake of the #MeToo movement.

“This letter is just a start,” explained one organizer. “We are addressing what happened on the Bernie campaign but as people that work in this space we see that all campaigns are extremely dangerous to women and marginalized people and we are attempting to fix that.”

The signers who spoke to POLITICO insisted that their call for action wasn’t just about Sanders, but the senator’s campaign committee welcomed it anyway.

“We thank the signers of the letter for their willingness to engage in this incredibly important discussion,” they said in response. “We always welcome hearing the experiences and views of our former staff. We also value their right to come to us in a private way so their confidences and privacy are respected. And we will honor this principle with respect to this private letter.”