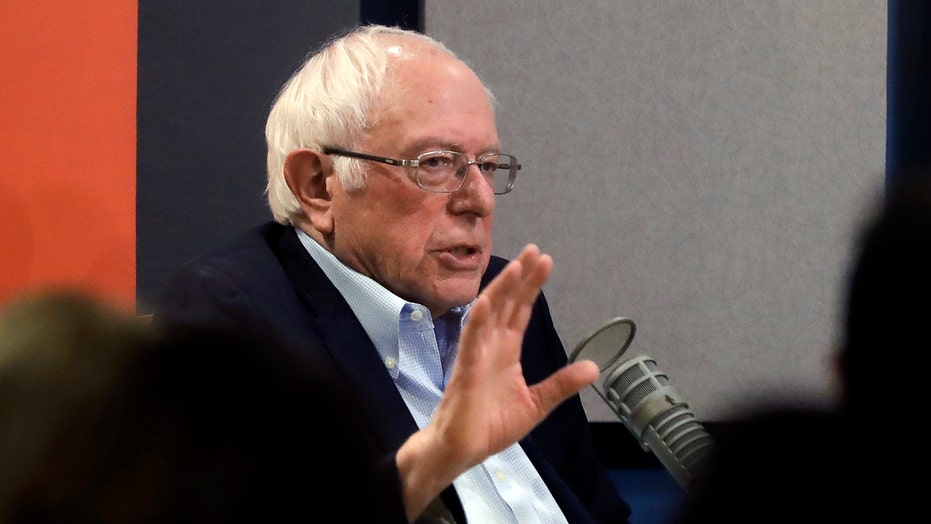 Bernie Sanders called in to his own campaign rally in Iowa City on Friday night, after the Senate's impeachment trial schedule interfered with his ability to be there in person.

The 2020 Democratic presidential candidate began by thanking Rep. Alexandria Ocasio-Cortez, D-N.Y., and liberal filmmaker Michael Moore for attending the rally as guest speakers and quickly launched into a speech about his "excellent" chances of winning the Democratic party nomination.

"We are going to win because we are developing an unprecedented multigenerational, multiracial, working-class movement which is prepared to take on the corporate elite and the entire one percent and put together an administration that stands for justice," Sanders, an independent U.S. senator from Vermont, said. "Economic justice, social justice, racial justice and environmental justice."

He encouraged Iowa residents to support him in the state caucuses on Feb. 3 and claimed he would emerge victorious in "Iowa, New Hampshire and across the country"

Sanders also mocked President Trump for his policy on guns, immigration and abortion, before reviewing his list of campaign promises, one by one.

Sanders, who referred to Trump as "the worst president in modern American history," promised to raise the minimum wage to $15 an hour, ease restrictions on unions, pass a "Medicare-for-all" bill, institute a Green New Deal, reform the criminal justice system, preserve Roe. V. Wade, legalize marijuana in all 50 states and end the "demonization" of illegal immigrants by the Trump administration.

Throughout the speech, he repeated the phrase, "We are going to win," while challenging corporate interests and "the One Percent."

"The time is long overdue for us to have a government an economy that works for all of us," Sanders added. "Not just the One Percent."