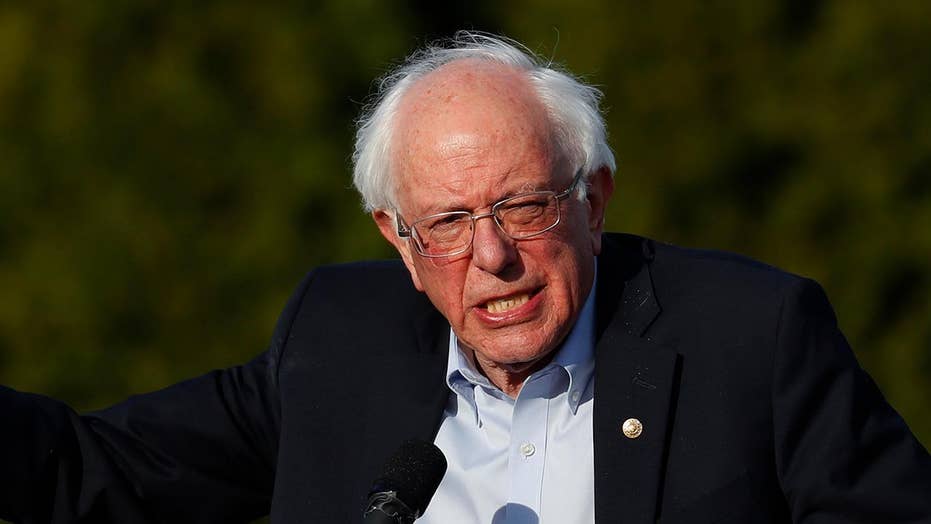 Sen. Bernie Sanders has six words for voters who doubt he's sprightly enough to run for president a second time: "Follow me around the campaign trail."

The 77-year-old Vermont senator is one of the oldest candidates to enter the 2020 race, but to Sanders, age is just a number.

The audience applauded as Sanders stood up from his stool.

"If there was wood here, I'd knock on it," joked Sanders. "Thank God my health is good."

Sanders then pointed to his track record — literally — noting that he was a long distance runner as a kid and one of the "better milers" in New York City, where he grew up.

"I've continued to have my endurance," he said.

But Sanders said his experience in government is really all that matters.

Sanders has served as Vermont's senator since 2007. Before that, he spent 16 years as a lawmaker in the U.S. House of Representatives. His combined years of service in the government makes him the longest-serving Independent member of Congress ever, according to his official bio.

His political career started in 1981 when he was elected mayor of Burlington by just 10 votes.

"I've been all over the world talking to heads of state. It's a combination of factors. But at the end of the day, it's not whether you're young or whether you're old — it's what you believe in," argued Sanders.

"There's too much focus on individuals and not enough focus on Americans and what their needs are," he added.