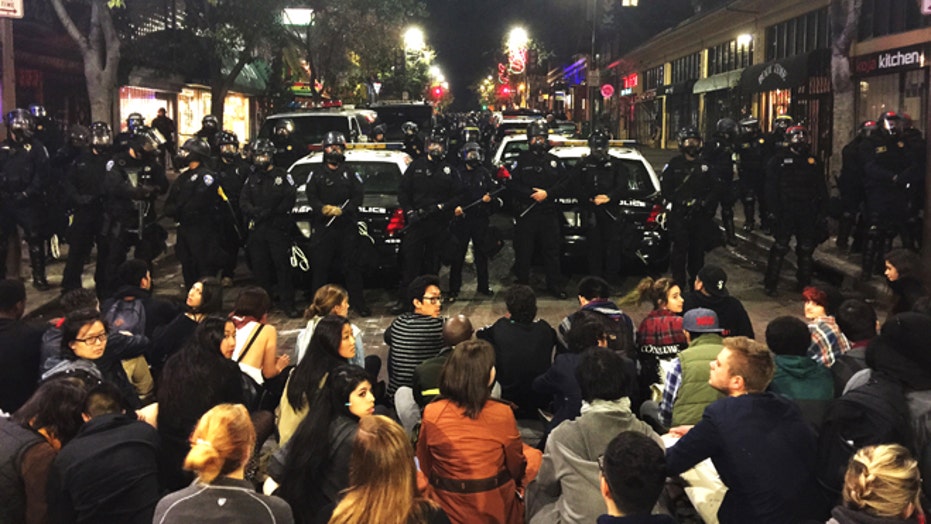 The proposal is part of a broad overhaul of law enforcement – the City Council has set a goal of cutting the police budget by 50 percent.

The council approved the measure, proposed by Mayor Jesse Arreguin, in a nine-hour virtual meeting ending at 3 a.m.

“For far too long public safety has been equated with more police,” Arreguin said.

Though many cities have proposed sweeping police reforms in the wake of racial injustice protests, the plan to separate traffic violations from law enforcement is believed to be the first of its kind in the U.S.

The reform plan also seeks to remove homeless outreach and mental health and crisis management from the jurisdiction of armed officers, according to the East Bay Times.

It also establishes a community safety coalition and an analysis of police calls and responses to assess the overall police budget, specifically overtime costs.

The proposal calls to spend $160,000 from the city auditor’s budget to assess police calls and $200,000 to hire consultants to examine the department’s policies.

Two weeks ago Berkeley became the latest city to partially defund its police department, with the council slashing the budget by 12 percent, or $9.2 million.

Black motorists such as Philando Castile in 2016 and Sandra Bland in 2015 have died as a result of encounters with police at traffic stops. More recently, police officers such as Washington state officer Jonathan Shoop and Tulsa Sgt. Craig Johnson have been killed during routine traffic stops.

In a joint statement, the police unions for Los Angeles, San Jose and San Francisco said that reckless driving, speeding and driving while under the influence are all dangerous “traffic” enforcement violations.

“We do not believe that the public wants lax enforcement of those incidents by non-sworn individuals," the unions said. "Traffic stops are some of the most dangerous actions police officers take. What happens when the felon with an illegal gun gets pulled over by the parking police? Nothing good, we’re sure of that.”