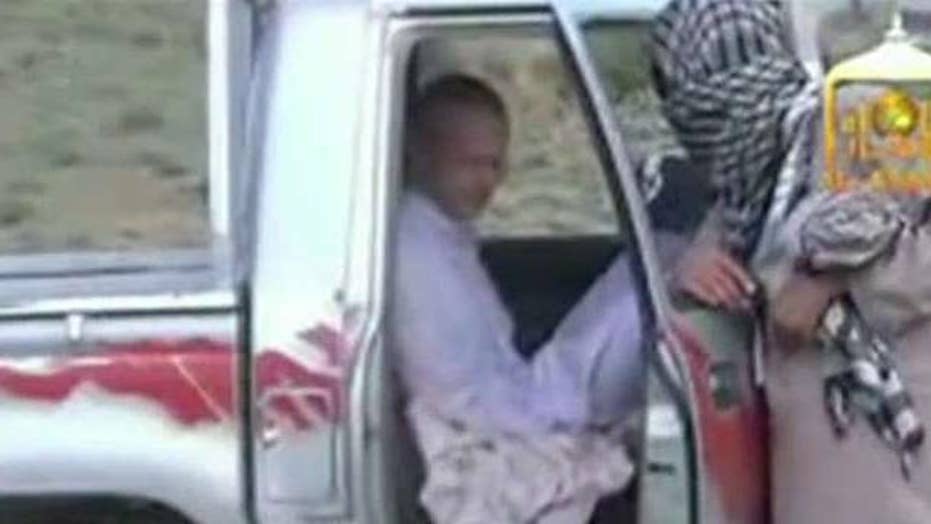 U.S. Army Sgt. Bowe Bergdahl, who disappeared in Afghanistan in 2009 and was held by the Taliban for five years, made his initial court appearance Tuesday at Fort Bragg – where he opted for a mix of civilian and military defense lawyers.

Bergdahl, who appeared before a military judge in North Carolina on charges of desertion and misbehavior before the enemy, chose to defer his plea. While deciding on a mix of lawyers for his defense, he also deferred a decision on whether he will be tried by a military judge or a mixed court composed of officers.

If convicted at a general court-martial, Bergdahl could get life in prison on the misbehavior charge and up to five years for desertion.

Bergdahl, 29, of Hailey, Idaho, walked off his post in eastern Afghanistan's Paktika province on June 30, 2009. He was released in late May 2014 as part of a prisoner swap, in exchange for five detainees in Guantanamo Bay. The move touched off a firestorm of criticism, with some in Congress accusing President Barack Obama of jeopardizing the safety of a nation with the exchange.

Bergdahl's disappearance and the possibility that he might face light punishment had angered many in the military, who say his fellow soldiers took considerable risks to search for him.

Bergdahl attorney Eugene Fidell has said the Army did not follow the advice of a preliminary hearing officer in choosing to pursue a general court-martial. Instead, Lt. Col. Mark Visger had recommended that Bergdahl's case be referred to a special court-martial, which is a misdemeanor-level forum.

The charges against Bergdahl had been announced by the Army in March, before Visger reviewed the evidence as part of an Article 32 proceeding, which is similar to a grand jury.

The charge of misbehavior before the enemy was used hundreds of times during World War II, but scholars say its use appears to have dwindled in conflicts since then. Legal databases and media accounts turn up only a few misbehavior cases since 2001, when fighting began in Afghanistan, followed by Iraq less than two years later. In contrast, statistics show the U.S. Army prosecuted about 1,900 desertion cases between 2001 and the end of 2014.

Fox News’ Chip Bell and The Associated Press contributed to this report.