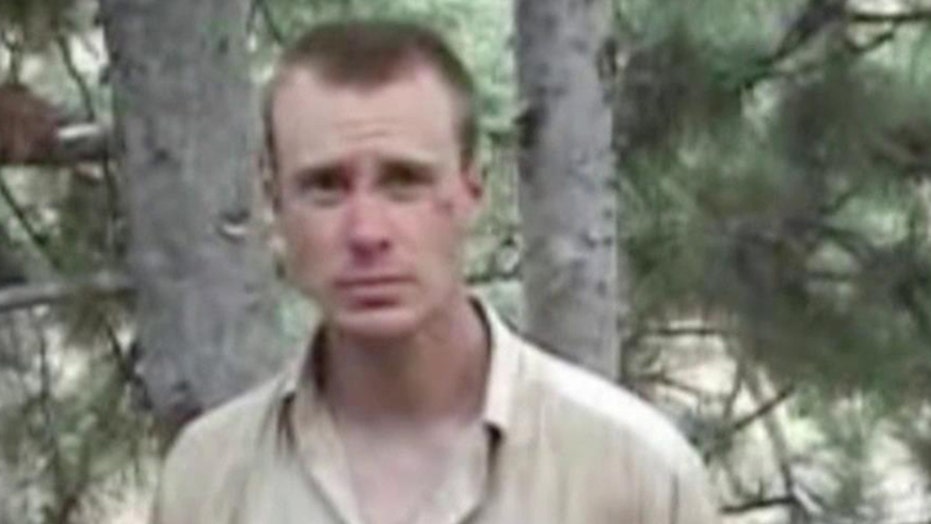 Sgt. Bowe Bergdahl slept on his bed frame, and then the concrete floor, collected contact information, and talked about becoming a mercenary in what his squad mates now describe as behavior that laid the groundwork for his disappearance in Afghanistan nearly six years ago.

"I asked him, 'Why are you sleeping on the frame of your bed?'" former Sgt. Matt Vierkant recalled in a recent interview with Fox News. "I was like well, that's weird. And then I remember coming back -- I don’t know if it was a week later, a couple days, and he had quit doing that and now he was just sleeping on concrete floor, which didn't make sense to me, but now, in hindsight being 20-20, makes me wonder if he was training to live like that."

Fox News has spoken to five of Bergdahl's former squad mates with first-hand knowledge of events leading up to his capture by the Taliban after he disappeared on June 30, 2009.

While it has been widely reported Bergdahl sent his computer home, the men shed new light on other events that suggest it was not a spur-of-the-moment decision for Bergdahl to walk off base.

Bergdahl asked one of his squad mates for contact information, including a phone number and email, a gesture usually reserved for the end of deployments. He also talked at length about becoming a mercenary and wondered out loud if he could walk to India, some 1000 miles away.

Two of the squad mates said he was a fan of the 2007 movie “The Hitman,” based on a popular video game starring Timothy Olyphant, but they were divided on what to make of it.

"He liked to watch the movie ‘Hit Man.’ I know he liked to watch other war movies and stuff like that. For the most part, he didn't really watch any TV and movies...really to a minimum except for by himself on his laptop," Vierkant said.

Bergdahl was traded on May 31, 2014 for five senior Taliban commanders who were sent to the Gulf nation of Qatar.

Two of the squad mates were asked by the military to sign non-disclosure agreements, or NDAs, after Bergdahl disappeared and they had been interviewed multiple times about the case.

When asked by Fox News, the Army did not dispute that account, but declined to comment, citing Bergdahl's upcoming preliminary hearing on desertion charges scheduled for July 8 at Joint Base San Antonio-Fort Sam Houston, Texas.

"I can't remember, ever, having an enlisted soldier sign a non-disclosure agreement for anything. This is completely unprecedented," said Bob Scales, a retired general and Fox News contributor. "These non-disclosure arguments have got nothing to do with military justice."

The NDAs were presented to the men in a period after an informal Q and A session with then-Chairman of the Joint Chiefs Admiral Mike Mullen, who was on a USO tour in December 2009, and before the end of their deployment in 2010.

At the meeting, three of Bergdahl's squad mates, who spoke on the record to Fox, said Mullen acknowledged that he, too, knew the 29-year-old had intentionally walked off base six months earlier.

"So we asked him and he told us that, he said 'Yeah, we know all the circumstances surrounding him (Bergdahl) walking away, you know we know everything. And we are, we're still looking for him... we're still trying to figure out where he is," said former Army Sgt. Evan Buetow.

This week, in an interview with Fox News, Retired General Stanley McCrystal, the commander of U.S. forces in Afghanistan when Bergdahl disappeared, said he knew, almost in real time, that he had "intentionally" left base.

Given the meeting with Mullen, who reported only to the secretary of defense as well as the president, and confirmation this week from McCrystal, White House spokesman Josh Earnest still would not say Thursday when President Obama learned that Bergdahl intentionally left post and whether it factored into his decision to trade the Taliban Five for his freedom.

In a bizarre moment, Earnest cited an ongoing investigation, though Bergdahl has been charged with desertion.

"Without the benefit of an investigation and, there is a current ongoing investigation into to the circumstances of Sergeant Bergdahl's disappearance, I can't say anything about that investigation. As the spokesperson for the commander-in-chief, I don't want any perception of interference in that independent investigation,” Earnest told “America's Newsroom” host Bill Hemmer.

"Sergeant Bergdahl is entitled to due process. That is what he is being subjected to right now. I don't want to get in the way of that."

“We don’t leave anyone behind, but the thing is, we never left him behind,” Vierkant said. “He left us behind. He chose to walk off and do whatever and get captured. That was his fault. Those were his choices. We did not leave him behind.”