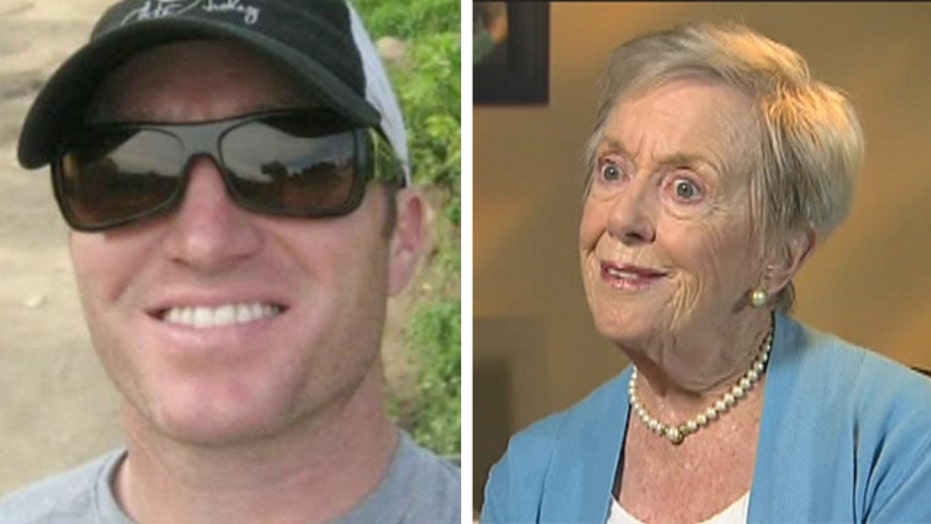 Exclusive, Part 1: Barbara Doherty recalls the day she learned about her son Glen's death, whether she's critical of how officials handled the Benghazi attacks and how her son's 'love for his fellow man cost him his life.' #Benghazi

The mother of a former Navy SEAL killed in the Benghazi attack two years ago told Fox News’ Greta Van Susteren Wednesday that she believes her son’s death “could have been prevented.”

Barbara Doherty, the mother of Glen Doherty, said on “On the Record” that confusion has surrounded her son’s death from the beginning, and she’s still not sure exactly what happened at the U.S. compound in Libya on Sept. 11, 2012.

“Even to this day I am reading different stories about what happened,” she said. “So I’m not even sure.”

In a stunning revelation, she even claimed that the FBI director told her he didn't initially call her after her son's death because he couldn't find her number.

"He apologized for not calling sooner, because he couldn't find my contact number," she said. "I said, 'You are the FBI.' ... So then I sort of was laughing to myself."

She said then-director Robert Mueller called over a month after her son died. Doherty added: "I think I am in the phone book. Everyone else found me."

Doherty said as more and more accounts of the night her son died emerge, the more critical she feels toward how the U.S. government handled the situation in Benghazi.

“I felt in the beginning that there was so much chaos that it couldn’t be helped,” she said. “But now as more details have come out, yes, it could have been prevented but it wasn’t.”

Doherty, a former Navy SEAL, grew up in Winchester, Mass., and was 42 when he died. He was among four Americans killed in Benghazi, including the U.S. ambassador to Libya, when militants stormed the diplomatic post and later fired on a nearby CIA compound.

Doherty described her son as a brave fighter who put others above himself.

“His love for his fellow man is what cost him his life,” she said. “So you have the sadness there but you also know he did the right thing in his eyes. He always went to help somebody.”

Separately, the family and Lake filed a lawsuit in state court in California over a death benefit on a policy that Doherty was required to take out as a CIA contractor who performed security work overseas in hazardous areas.

The lawsuit seeking unspecified damages claims that the broker was negligent because its staff failed to tell Doherty that the policy was essentially worthless to him: It would only pay a death benefit if he had a dependent such as a wife or child, but Doherty was divorced with no children.

Barbara Doherty said the family decided to file the death benefit lawsuit because they felt her son’s wishes were not being fulfilled.