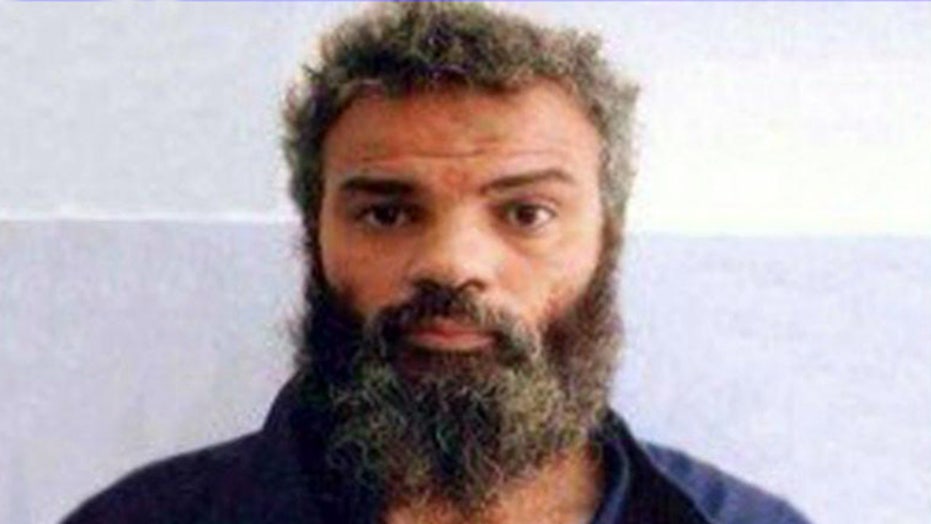 US prepares for civilian trial of Benghazi suspect

The mission to nab Benghazi terror suspect Ahmed Abu Khattala was months in the making. Once a Delta Force team at last launched into Libya on Sunday to carry out the plan, it was over in 32 minutes.

The details of the secret mission were confirmed to Fox News on Wednesday, and begin to shed light on how Khattala -- who lived in plain sight and brazenly gave media interviews over the course of nearly two years -- suddenly fell into U.S. custody.

Officials still face questions over why it took so long for the U.S. to go after Khattala. After all, U.S. teams had been following the suspect and knew his whereabouts since about five or six weeks after the Sept. 11, 2012 attack, when he started giving interviews.

But the mission itself, on Sunday, was described as clean and casualty-free.

U.S. military sources told Fox News that the Delta Force operators who carried out the mission did so "efficiently," completing it in 32 minutes.

The team captured him at his home south of Benghazi, though it's not clear whether he was inside or outside his home at the time.

Khattala is now being held aboard a U.S. Naval ship -- the USS New York -- as it makes its way to the United States.

Senior U.S. officials told Fox News that the suspect is talking and giving his American interrogators a "history lesson" on his militant Ansar al-Sharia group.

Officials hope to have as much time with him as possible before having to read his Miranda rights and hand him off to a lawyer. The decision on when that should happen rests with President Obama.

At the moment, officials describe the Navy vessel carrying him as being on a "slow" trip back to the United States.

Khattala and his Ansar al-Sharia forces had been engaged in heavy fighting with the forces of a former Libyan general who launched a campaign to rid Libya of Islamist militants last month.

With U.S. officials and lawmakers eager to mine Khattala for information about the network, questions remain over why it took nearly two years to locate and capture him, particularly when the terror suspect had been openly granting media interview ever since the 2012 Benghazi attack.

Khattala spoke to Fox News, The New York Times and other outlets over a period of many months, though was not targeted by U.S. forces until Sunday.

Top officials, though, have stressed that the operation took considerable planning. They have not said whether the Libyan government was informed ahead of time, describing it only as a "unilateral" U.S. operation. (The Libyan government reportedly denies it had any advance knowledge of the mission.)

Gen. Martin Dempsey, chairman of the Joint Chiefs of Staff, testified before a Senate committee on Wednesday that the operation took "months of preparation and intelligence."

State Department spokeswoman Jen Psaki was peppered with questions at Tuesday's press briefing about the fact that reporters were able to access Khattala.

Psaki said the U.S. carried out the mission "as soon as" the president and security officials were confident in it, describing it as a "painstaking process" that is not comparable to a media interview.

"Reporters have interviewed a range of terrorists in the past. There's nothing new about that," she said. "They have their own desire to get their story heard, their agenda heard. That's entirely different from taking the steps necessary to apprehend someone in a country ... as has happened in this case. We did it as expeditiously as possible, took into account a range of factors, and where we are today is that the outcome was successful."