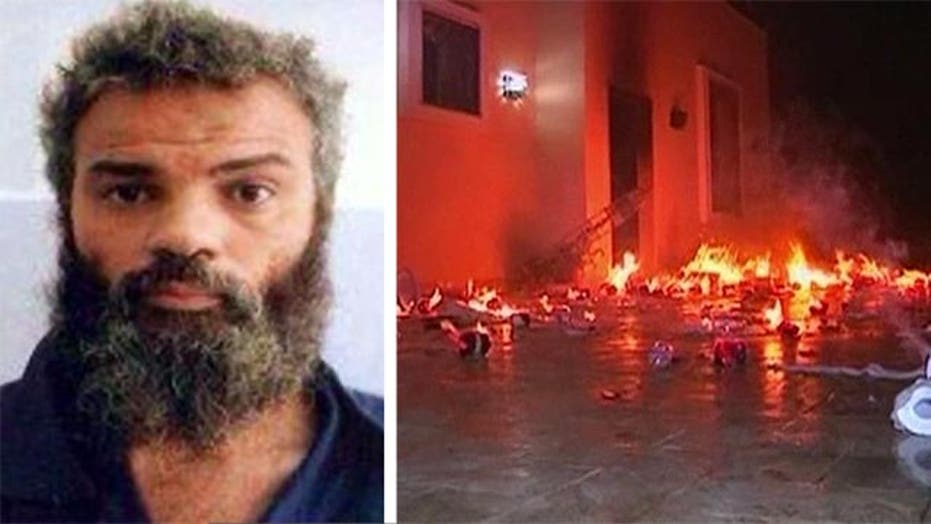 A suspected terrorist linked to the 2012 Benghazi attack that killed four Americans will face criminal federal charges on three counts, including one which could carry the death penalty.

The Justice Department said in a statement Tuesday night that Ahmed Abu Khattala could face more charges in the coming days and will be tried in federal court in Washington D.C. The Ansar al-Sharia commander was captured Sunday during a joint U.S. military and law enforcement operation.

“Our nation’s memory is long, and our reach is far,” Attorney General Eric Holder said in a statement. “The arrest of Ahmed Abu Khattala represents a significant milestone in our efforts to ensure justice is served for the heinous and cowardly attack on the U.S. diplomatic facility in Benghazi.”

Khattala was charged with killing a person in the course of an attack on a federal facility involving the use of a firearm and dangerous weapon and attempting and conspiring to do the same, providing, attempting and conspiring to provide material support to terrorists resulting in death and discharging, brandishing, using, carrying and possession of a firearm during and in relation to a crime of violence.

The first charge could carry the death penalty, the Justice Department said.

Khattala was long thought to be one of the ringleaders of the deadly attack, in which U.S. Ambassador Chris Stevens and three other Americans died. He had openly granted media interviews since the 2012 attack, but until now evaded capture.

The capture marks the first time the United States has caught one of the suspects in the 2012 assault.

White House and Pentagon officials publicly confirmed the capture late Tuesday morning. At an event in Pittsburgh, President Obama also said the capture is a "message to the world" about what happens when Americans are attacked.

"No matter how long it takes, we will find those responsible and we will bring them to justice," Obama said. In a written statement, the president thanked the "painstaking efforts of our military, law enforcement and intelligence personnel," and said the suspect would "now face the full weight of the American justice system."

Pentagon Press Secretary Rear Adm. John Kirby called Khattala a "key figure in the attacks on U.S. facilities in Benghazi." He said there were no civilian casualties in the weekend operation, and all U.S. personnel have "safely departed" Libya.

The administration has faced sustained criticism from some in Congress and the families of the victims over the fact that no one had been brought to justice since that day in 2012.

Khattala, until this past weekend, had loomed as an almost taunting presence. A month after the attack, he admitted to Fox News that he was at the scene of the attack, though claimed he did not plan it. At the time, he claimed he was just directing traffic and looking after fellow militia members guarding the complex.

He offered no remorse, though, for the killing of four Americans. At the time, he said he had not yet been contacted by U.S. officials.

At briefings on Tuesday afternoon, State and Defense department officials were questioned repeatedly on why reporters were able to get in touch with Khattala after the attack but U.S. forces apparently were not.

"Terrorists go to great lengths to evade capture, and it can be a complicated process trying to get at them," Kirby said. "What matters is ... that we got him."