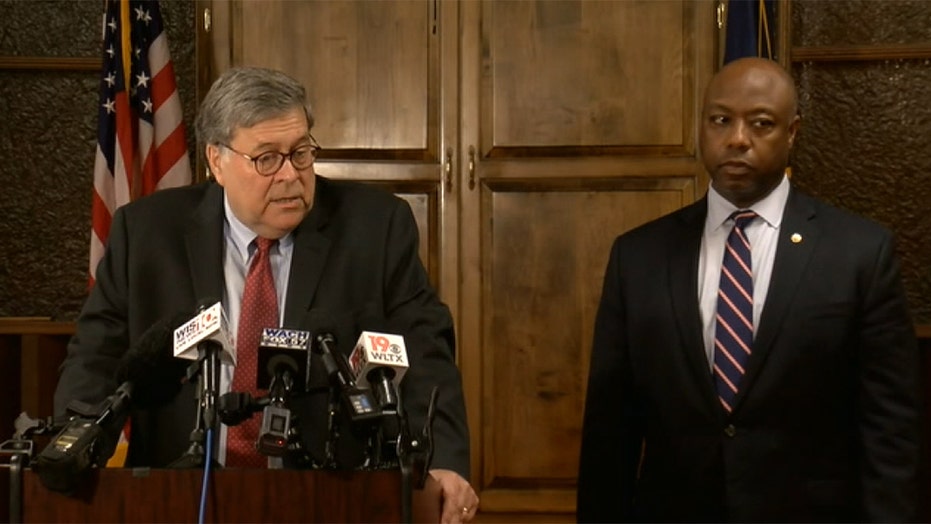 Attorney General Bill Barr gave an update Thursday on the federal investigations into rioting that took place across the nation in the aftermath of George Floyd's death.

Barr had previously announced that the Justice Department had evidence that outside instigators -- including individuals connected to Antifa --- were behind some of the violence that appeared to spin out of peaceful protests against police brutality. The attorney general said that "legitimate demonstrations" were "hijacked" by these outside actors, and that federal law enforcement is "building up our intelligence" on the alleged instigators.

"We already arrested over 150 people on federal charges, and we have over 500 investigations underway going on across the nation focused on these hardcore instigators involved in this rioting," Barr said during a federal and local law enforcement roundtable discussion in Arkansas.

The attorney general said that the FBI's Joint Terrorism Task Force is focusing on extremist groups that are potentially behind the riots. The task force had previously been used to primarily counter Islamic terrorism.

Barr also addressed the calls from left-wing activists and politicians to defund or abolish police departments, saying that "is the exact opposite direction" that needs to be taken to improve law enforcement. Calls to defund police departments took on a renewed impetus following Floyd's death while in Minneapolis police custody

"We have to support, provide more support, more training, and more resources to the police, not defund the police," Barr said, stating that "over the last few decades a lot of progress has been made in reforms."