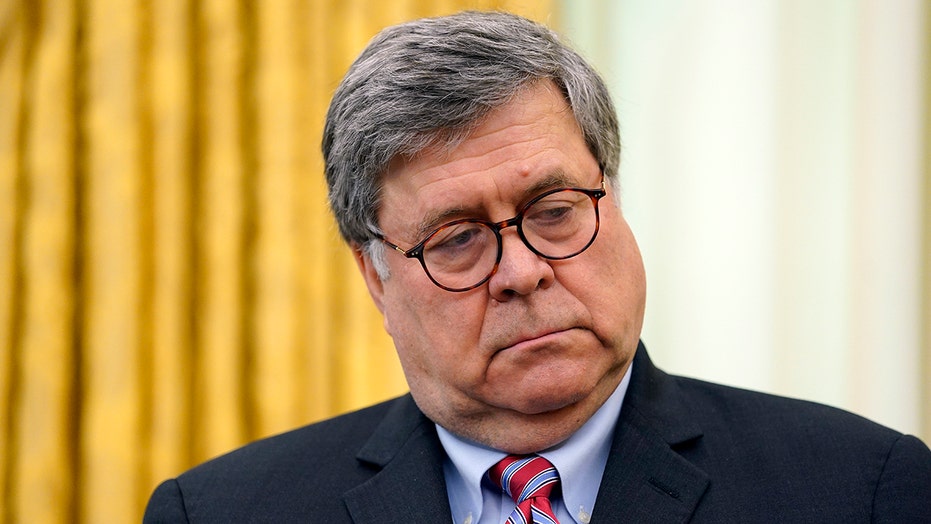 Attorney General Bill Barr announced Thursday that investigations of recent violence spinning out of protests yielded evidence that not only are various "extremist" groups taking advantage of the unrest for their own ends, but that “foreign actors” are also getting involved.

After expressing deep sympathies over George Floyd’s death in Minneapolis police custody, Barr said at a press briefing that “three different sets of actors” are involved in the demonstrations -- namely peaceful protesters, looters and “extremist agitators that hijack protests” to pursue various agendas.

Barr said that there is evidence that those extremists include Antifa and other groups of different political persuasions, as well as “foreign actors playing all sides to exacerbate the violence.”

FBI Director Christopher Wray elaborated on this, noting that "these individuals have set out to sow discord and upheaval."

This echoed what a senior Justice Department official told Fox News Wednesday about how the feds have seen signs of "very organized" coordination from "professional" agitators, some linked to Antifa. Barr made it clear Thursday that there was a "witches brew" of extremists with varying ideologies, including anarchists and those seeking to incite a civil war.

There have been more than 100 arrests in Washington as a result of the protests and riots related to the death of Floyd in Minneapolis, according to federal officials. Around 20 of those people were not charged. Meanwhile, 70 to 75 people have been charged with crimes such as assault, breaking and entering, destruction of property and other violations.

Barr said that the Justice Department has used real-time intelligence and other resources to quell the violence and that the government "will continue to investigate, to make arrests, and to prosecute[.]"

Addressing Floyd's death, Barr said that the Justice Department and FBI are "conducting a parallel investigation" to see if there were violations of federal civil rights laws.

"The day is coming soon," Barr said, "when justice will be served."