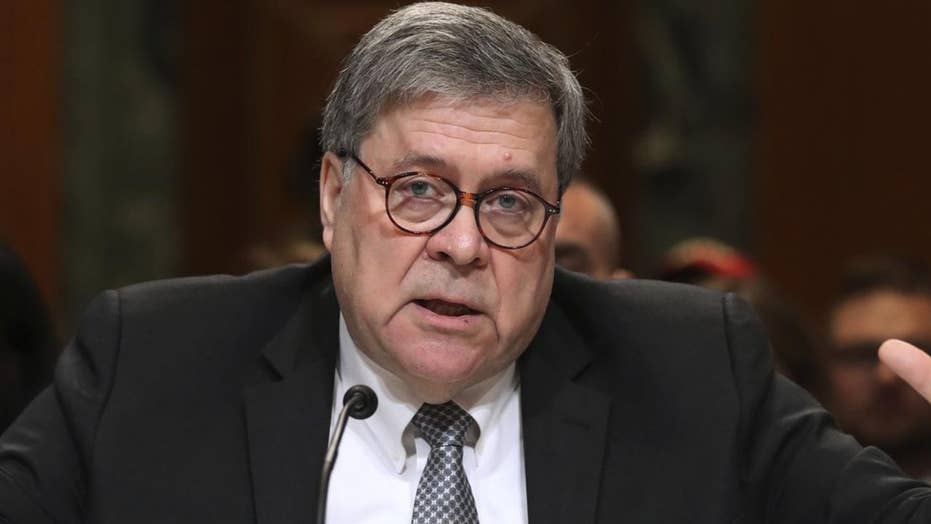 Will the release of the redacted Mueller report change anything?

"Be the first to read THE MUELLER REPORT for free! Pre-order today and it will be delivered to your NOOK Library upon expected release," Barnes & Noble wrote Wednesday in a tweet, which has been shared nearly 500 times.

Users who don't have the NOOK Library can download the NOOK reading app to read a PDF or "direct replica" of the report on their smartphones.

"The Mueller Report as released by the U.S. Department of Justice, Barr redactions and all, and it is essential reading for all Americans on both sides of the aisle," a description of the Mueller report on NOOK reads, in part. "After almost two long years, the wait is over for one of the most important investigations in the history of American politics."

The Justice Department is expected to release a redacted version of the special counsel's report on Russian election interference and the Trump campaign following Barr's scheduled 9:30 a.m. news conference. Barr will present his interpretation of the report's findings before providing redacted copies to Congress and the public Thursday.

Dozens of people thanked Barnes & Noble for giving them an easy way to read the lengthy report — with many jokingly questioning whether the download would also be free of redactions.

Both the public and lawmakers on Capitol Hill have been eager to read Mueller's final report on the years-long probe which resulted in charges for several former Trump campaign associates, though none were directly related to collusion.

The House of Representatives unanimously voted (420-0) on March 14 in favor of a resolution to urge Attorney General William Barr to release Mueller’s full report to Congress and the country for the sake of "transparency."

It's likely Barr will redact any information he deems inappropriate or harmful to a person's character if he or she has not been charged with a crime. Classified information, grand jury items and closed-door testimony will also be protected.