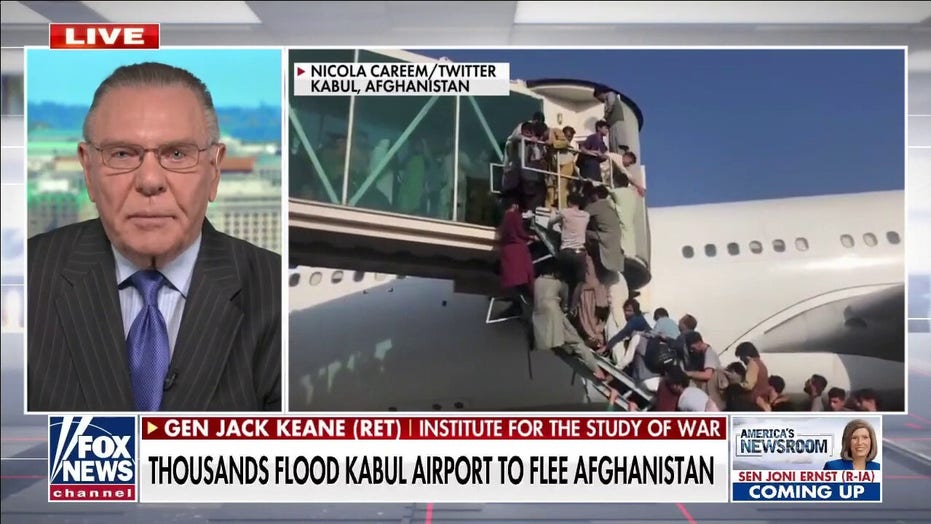 Commenting on former President Obama's Instagram page was briefly suspended Monday morning as commenters urged the former president to do something about the Taliban's takeover of Afghanistan.

Obama has yet to issue a public statement on the rapidly declining situation in Afghanistan, as thousands of people try to flee the country that fell to Taliban rule in a matter of days.

Obama’s Instagram posts said, "Comments on this post have been limited" for roughly two hours Monday morning. His most recent post, a video Thursday touting his All on the Line redistricting campaign, garnered 885 comments before it was shut down Monday.

"The blood of the #Afghan people is on the hands of those who have remained silent in the face of oppression and have made friends with the Taliban," wrote another. "History will not forget your crime."

"What did we accomplish in Afghanistan if we turn tail and run now?" asked another. "They need us! That is not the American way! We do not surrender and run! We stay and fight and until the issues are resolved which is true independence!"

Commenters posted the hashtags #help_afghanistan and #afghanistanisbleeding, among others, before being cut off.

The commenting on former first lady Michelle Obama's Instagram page was also turned off during the same period of time.

An Obama spokesperson told Fox News she had just learned about the pause and that there was "no intentionality on our side" or an explanation for why it happened.

President Biden's "America is back" foreign policy promise is facing widespread criticism amid images of the U.S. Embassy being evacuated in Kabul,less than two months after the president promised that would never happen. The president’s pullout of U.S. troops out of the region and its subsequent collapse has been compared the 1975 fall of Saigon.

Biden, who spent the weekend at the Camp David presidential retreat as the situation in Afghanistan unfolded, issued a statement Saturday blaming former President Trump for setting a May 1 troop withdrawal date and leaving the Taliban "in the strongest position militarily since 2001." Biden said the deadline, which was bumped to later this month, forced him to choose between sending more troops or pulling out, and he chose the latter. He has not spoken publicly on the matter since but is expected to deliver remarks from the White House on Monday.

Obama has remained mum on the situation while Biden's handling of Afghanistan has also come into question.

Obama was recently accused in Craig Whitlock's forthcoming book, "The Afghanistan Papers: A Secret History of the War," of lying to the American people when he announced in December of 2014 that the war with Afghanistan had reached a "conclusion."

"In the face of America’s enemies, the default position of Obama-Biden foreign policy default is accommodation and appeasement," Carafano wrote. "Unfortunately, the bad guys are not stupid. They had eight years to study the Obama playbook, and they know what to do with it: exploit the deliberate self-weakening."

Obama's spokesperson said the former president had "no further comment" on Afghanistan, pointing to his April remarks praising Biden's decision to withdraw.