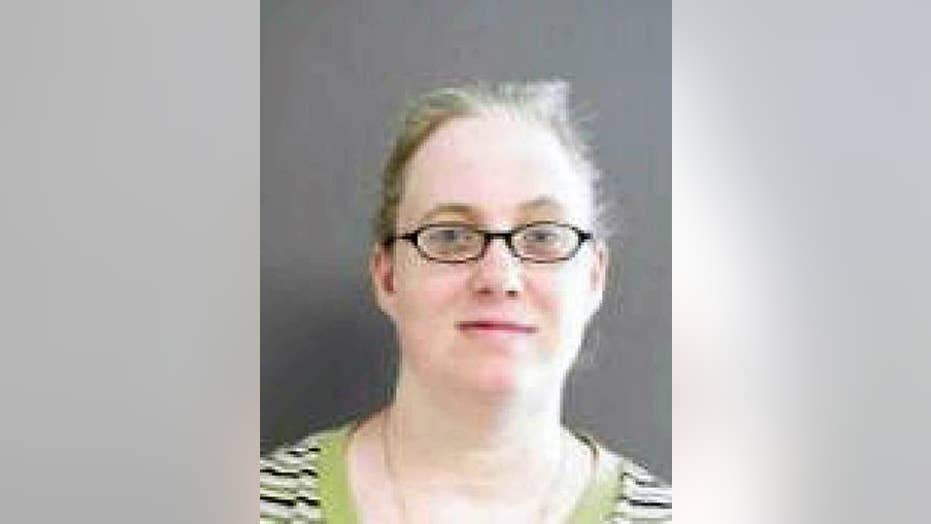 Just moments after her sobbing denial for her involvement in mailing explosives to former President Barack Obama, Texas Gov. Greg Abbott and the acting director of the Social Security agency, a Texas woman was sentenced to 10 years in federal prison Monday, a report said.

Julia Poff, 47, who pleaded guilty to the charges in July, told District Judge Vanessa Gilmore, she and her family have helped dozens in need over the years and began citing Bible verses she and her husband, a co-defendant in the case, live by, The Houston Chronicle reported.

“My problem is that I have a huge heart and I’m too trusting of people,” she told the judge.

After Poff began citing the Biblical verses, Gilmore shut down Poff, asking her to explain her actions, the report said.

“Talk to me, don’t be reading me Bible verses. I need to understand why you’re saying you’ve done good for so many people and how that squares with the fact that you made bombs and sent them ... with the intent to kill.”

“Talk to me, don’t be reading me Bible verses,” Gilmore said. “I need to understand why you’re saying you’ve done good for so many people and how that squares with the fact that you made bombs and sent them ... with the intent to kill.”

At that point, Poff denied committing the crimes, The Chronicle reported.

“I don’t know what we’re doing here. We had nothing to do with this. We did not do this,” she said through tears.

After conferring with her attorney, Poff apologized.

Investigators were able to link the box to Poff and her husband using a stray cat hair they found taped under the box’s address label. Tests found the hair was consistent with hair taken from Poff’s cat, according to prosecutors.

Poff’s daughter identified a cell phone found in the box as her old device. In addition, authorities found a transaction on Poff’s debit card for a micro-USB box with the same barcode as the one found in the package, the report said.

Two similar packages were mailed by Poff to Abbott and the acting Social Security Administration director.

The package sent to Abbott, which contained explosives stuffed into a cigarette pack, was mailed in September 2016. The device did not explode because it was not opened in a way designed to set off the explosion. The Governor’s Mansion was evacuated because of the incident, prosecutors said.

Poff was angry with Abbott because she had not received child support from her ex-husband, court filings say. Her frustration with the governor stemmed from a legal battle with the Texas Attorney General’s Office, which began when Abbott led the agency.

One month later, an explosive package was sent to the Social Security Administration, after Poff was denied Social Security disability benefits for a third time, court documents say.

Poff worked at a fireworks stand for nine years, according to prosecutors, and “knew what she was doing.”

This past July, Poff admitted she was solely responsible for sending the bombs, pleading guilty to transportation of explosives with intent to kill. She received the highest possible sentence for the conviction on Monday, the Chronicle reported.

Gilmore chastised Poff in court, saying her actions put many in danger - including mail carriers and sorters.

“The court finds the defendant’s actions were calculated, pervasive and continuous over an extended period of time,” said Gilmore.