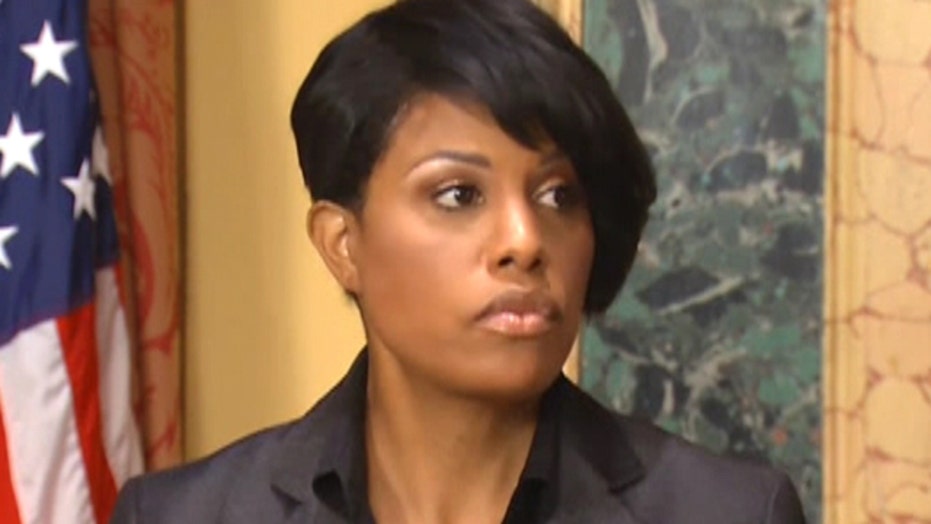 Baltimore Mayor Stephanie Rawlings-Blake said Friday that she will not seek re-election next year, nearly five months after the city erupted in rioting following the death of a man injured in police custody.

Rawlings-Blake announced Friday at a news conference called only 90 minutes earlier that she will not run for mayor again. The news comes just days after officials said the city would pay Freddie Grays family $6.4 million to settle civil claims over his spinal injury.

The mayor said she believes she could have won re-election, pointing to her work on the city's budget and pension system. However, she said, not seeking re-election was the best decision.

"It was a very difficult decision, but I knew I needed to spend time focused on the city's future, not my own," she said.

The Democrat assumed the post in 2010 when her predecessor, Sheila Dixon, stepped down after a conviction for embezzling gift cards for needy families and a separate plea for lying about gifts from her developer ex-boyfriend. Rawlings-Blake won the 2011 Democratic primary with about 52 percent of the vote in the heavily Democratic city.

Rawlings-Blake, the daughter of a popular state delegate, worked as a public defender and was the youngest person elected to the City Council at age 25 in 1995. She became Council president in 2007.

Some questioned her readiness to lead the city at first, but she won praise for her handling of snowstorms and budget gaps. That praise turned to criticism as many blasted her handling of the unrest following Gray's death.

In July, she fired Police Commissioner Anthony Batts and appointed one of his deputies in the interim.

Several people, including Dixon, have announced plans to seek the Democratic nomination in the April 26 primary. The general election is often seen as a formality in the heavily Democratic city, which hasn't had a Republican mayor since 1967. The city recently shifted its election cycle to bring it in sync with the state and federal election cycle to attract more voters.