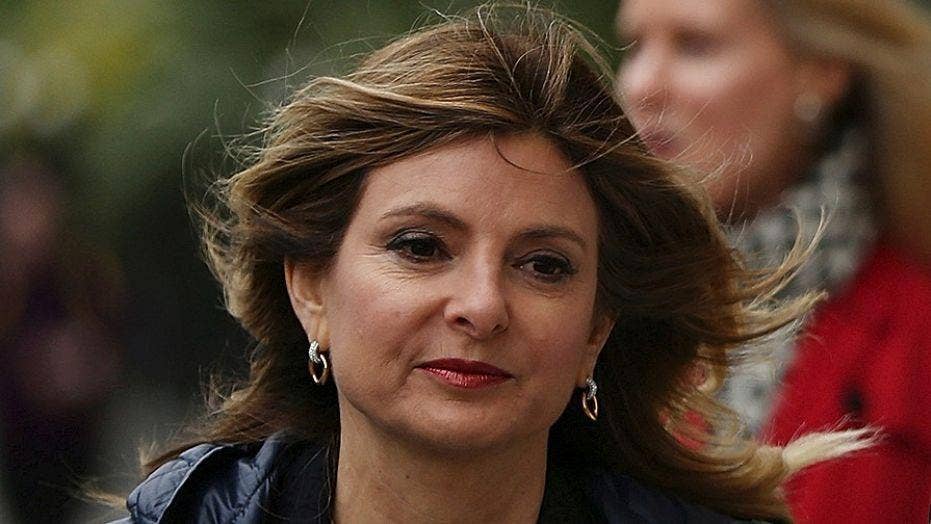 Legal powerhouse Lisa Bloom tried to line up big paydays for women who were willing to accuse President Trump of sexual misconduct during the final months of last year’s election, according to an explosive report.

The Hill reported Friday that Bloom worked with campaign donors and tabloid media outlets to arrange compensation for the alleged victims and a commission for herself, offering to sell their stories. In one case, Bloom reportedly arranged for a donor to pay off one Trump accuser’s mortgage and attempted to score a six-figure payment for another woman. The former ultimately declined to come forward after being offered $750,000, the clients told The Hill.

“I consider myself lucky to have had Lisa Bloom by my side after my old lawsuit resurfaced."

The Hill cited contract documents, emails and text messages it obtained -- including an exchange of texts between one woman and Bloom that referred to pro-Hillary Clinton political action committees.

Bloom, who is the daughter of famous attorney Gloria Allred and, like her mother, specializes in representing women in sexual harassment cases, worked for four women who were considering accusing Trump. Two went public, and two declined.

Bloom did not immediately respond to requests for comment from Fox News.

In a statement to The Hill, Bloom acknowledged trying to get her clients paid, but said the payments were to help the women stay safe, and in some cases relocate.

“Donors reached out to my firm directly to help some of the women I represented,” Bloom said.

Bloom, who has also represented accused sexual harasser Harvey Weinstein, in addition to women who've accusing Bill Cosby and Bill O’Reilly, acknowledged her standard terms require clients to pay her commissions, which may be as high as 33 percent if she sells their stories to media outlets.

Bloom told The Hill she had no contact with Clinton or her campaign.

The Hill spoke to makeup artist Jill Harth, who filed a sexual harassment lawsuit against Trump in 1997, accusing him of pushing her up against a wall at his Mar-a-Lago estate and groping her. Although she withdrew the suit, nearly 20 years later, the litigation resurfaced during the presidential campaign and Harth was thrust into the spotlight. She asked Bloom to represent her after Trump denied her accusations.

“I consider myself lucky to have had Lisa Bloom by my side after my old lawsuit resurfaced. She advised me with great competence and compassion,” Harth told The Hill.

Bloom arranged payment from the licensing of some photos Harth had to the news media, and then helped set up a GoFundMe.com account to raise money for Harth, The Hill reported.

“Jill put herself out there, facing off with Donald Trump,” Bloom’s husband wrote in a fund-raising appeal, according to The Hill. “Let’s show her some love”

The effort raised a little over $2,300, according to The Hill.

Bloom also reportedly arranged for a Clinton donor to help Harth pay off the mortgage on her Queens apartment. The amount was less than $30,000, according to a source directly familiar with Harth’s situation. Public records show Harth’s mortgage was recorded as extinguished on Dec. 19, 2016, public records show.

Trump denies assaulting or harassing women, although an “Access Hollywood” tape surfaced during the campaign in which he boasted he could grab women by their privates and get away with it. Trump dismissed the comments as “locker room talk.”