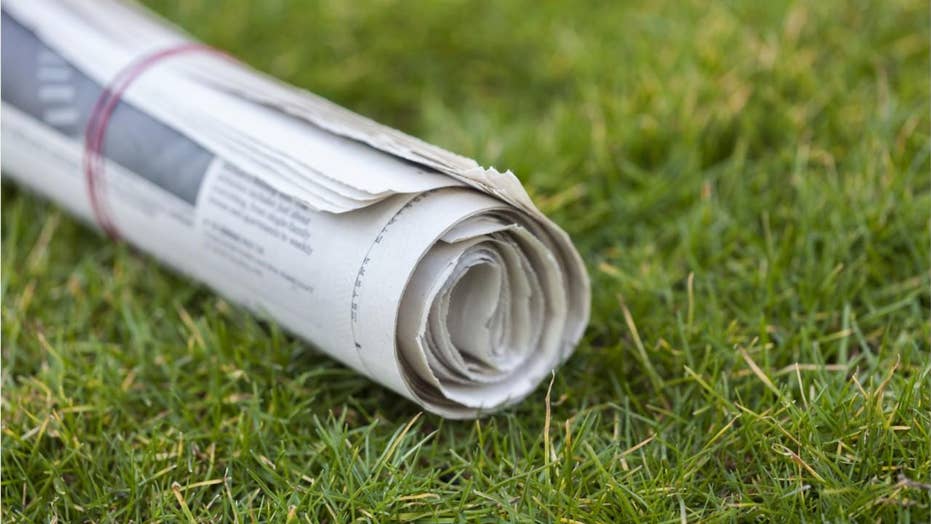 At least a dozen newspapers pulled the syndicated cartoon “Non Sequitur” over a message to President Trump in Sunday’s edition, according to reports.

“We are sorry we missed the language in our editing process,” the company said in a statement, according to The Washington Post. “If we had discovered it, we would not have distributed the cartoon without it being removed. We apologize to ‘Non Sequitur’s’ clients and readers for our oversight.”

As The Hill reported, a scribbled message in one panel of that day’s cartoon appeared to include a coarse message in the bottom-right corner: “We fondly say go f--- yourself to Trump.”

TRUMP CALLS ON OMAR TO ‘RESIGN FROM CONGRESS’ OVER ISRAEL COMMENTS

Miller, who didn’t return Fox News’ request for comment Tuesday afternoon, appeared to acknowledge the message in a now-deleted tweet that said, “Some of my sharp-eyed readers have spotted a little Easter egg. ... Can you find it?”

The Butler Eagle in Pennsylvania was the first publication to drop the cartoon, and reported Sunday that the “shot at President Donald Trump” will cost Miller “his place in the Eagle’s Sunday comics.”

Miller claimed he wrote the phrase several weeks ago because of frustrations with the actions of Trump administration.

“When I opened the paper Sunday morning and read my cartoon, I didn’t think anything of it, as I didn’t notice the scribbling that has now caught fire,” Miller, a frequent Trump critic, told The Post. “It was not intended for public consumption, and I meant to white it out before submitting it, but forgot to. Had I intended to make a statement to be understood by the readers, I would have done so in a more subtle, sophisticated manner.”