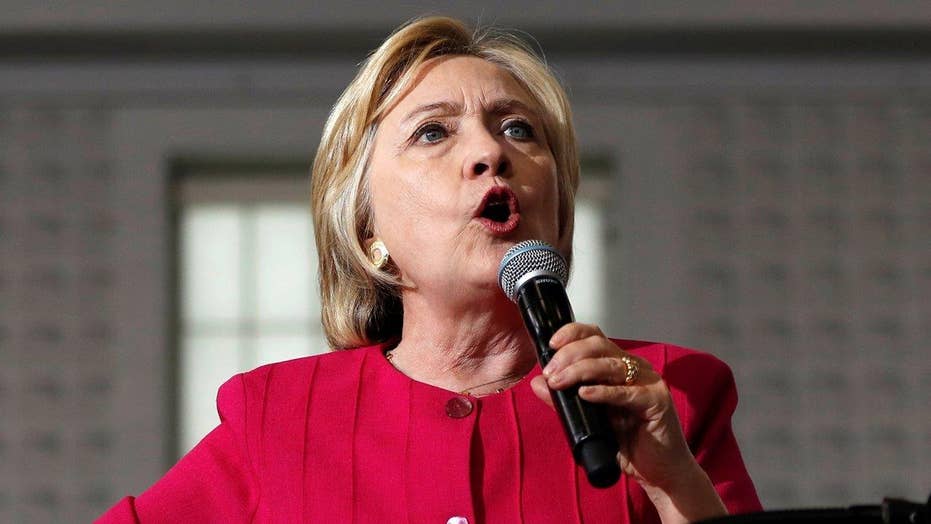 With 75 days before voters pick their new president, email revelations are threatening to overtake Hillary Clinton’s campaign – with WikiLeaks founder Julian Assange hurling another log on an already raging fire with a vow to release “significant” Clinton documents.

In an exclusive interview Wednesday night with Fox News’ Megyn Kelly, Assange was asked whether new information culled from Clinton emails would be released before the general election: "Yes, absolutely.”

Asked whether it could be an election game-changer, Assange told Kelly, “It depends on how it catches fire."

Dana Perino, former White House press secretary under the George W. Bush administration and co-host of Fox News’ “The Five,” predicted Assange would release the files before the third presidential debate, since “it is the one everyone pays attention to.” 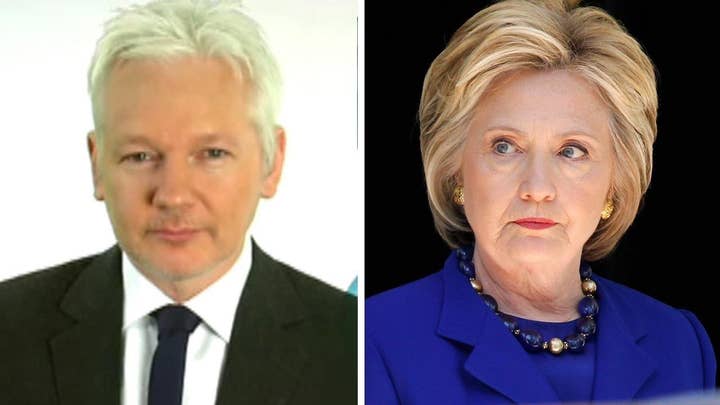 WikiLeaks is the same group whose leak of Democratic National Committee files caused havoc for the party on the eve of its July convention.

Clinton herself has tried to downplay the revelations to date, telling CNN there’s “a lot of smoke” but “no fire.”

But Assange's threat amounts to one of several looming headaches for the campaign. The State Department is under court order to start reviewing thousands of additional emails for potential release. Clinton is expected to get a set of written questions on her email server soon from her arch-nemesis, the conservative D.C. group Judicial Watch.

Meanwhile, new revelations are surfacing regularly on the access that Clinton Foundation donors enjoyed with her State Department, fueling allegations of pay-to-play practices.

Donald Trump has seized on the last drip-drip of revelations.

“It’s impossible to figure out where the Clinton Foundation ends and the State Department begins,” the New York businessman said at a recent rally in Texas.

On Wednesday, The Associated Press reported that more than half of the non-government people Clinton met while secretary of state gave money to the Clinton Foundation.

The campaign strongly pushed back and accused the wire service of cherry-picking examples that painted Clinton in a negative light. The AP said it stands by its reporting.

But that’s not the only problem for her campaign.

On Monday, U.S. District Judge James Boasberg set a Sept. 22 deadline for the State Department to review nearly 15,000 Clinton emails during her tenure as secretary of state. That means potentially embarrassing emails could be released just ahead of Election Day.

The newest batch includes messages Clinton did not voluntarily turn over to the department last year but were uncovered by the FBI during its investigation into her use of a private email server.

That investigation did not result in any criminal charges being filed against Clinton. The decision was a relief for her campaign heading into the party convention, after which she has enjoyed the polling edge -- albeit a narrowing one in some states -- over Trump.

Still, neither Trump nor Clinton rate very high when voters are asked about “truthfulness.” In an Aug. 3 Fox News Poll, 61 percent of voters said they think Clinton is dishonest.

One 2009 exchange involving the crown prince of Bahrain, with foundation official Doug Band notifying Abedin the “good friend of ours” was coming to the United States and wanted a sit-down with Clinton. Abedin said the request had to go through “normal channels” but wrote back two days later offering up a morning meeting between the two.

The Clinton Foundation has pushed back strongly on Judicial Watch’s claims.

“Once again this right-wing organization that has been going after the Clintons since the 1990s is distorting facts to make utterly false attacks,” Josh Schwerin, Clinton spokesperson, said in a written statement. “No matter how this group tries to mischaracterize these documents, the fact remains that Hillary Clinton never took action as Secretary of State because of donations to the Clinton Foundation.”

Republicans in Congress also are questioning whether Clinton committed perjury during her marathon 2015 congressional hearing where she testified about her use of a private email server.

“At the end of the day nothing's going to happen between now and November,” he said Wednesday. Instead, he believes an outside organization should be brought in to investigate the claims.

He added, “If you’re waiting on this Justice Department to hold anybody in the Obama/Clinton world, you’ll die of old age.”